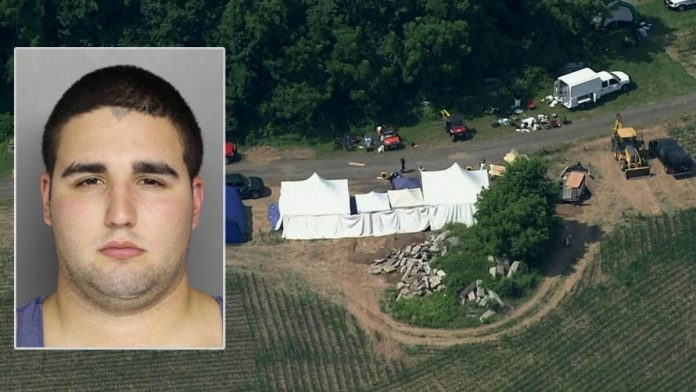 Cosmo DiNardo has pleaded guilty to murder charges in the gruesome killings of four young men whose bodies were found buried on a Bucks County farm.

DiNardo, 21, faces life in prison under the terms of the deal reached Wednesday. His cousin, Sean Kratz, is expected to plead guilty to charges related to his involvement in the deaths of the men, ages 19-22, last July.

Police found the missing men – Dean Finocchiaro, Thomas Meo, Jimi Patrick, and Mark Sturgis – after a grueling, five-day search. Three were lit on fire and placed 12-feet deep in an oil tank converted into a pig roaster. DiNardo allegedly lured them to his family’s 90-acre farm under the guise of making marijuana deals.

Authorities say DiNardo killed the victims in three separate shootings, all of which took place on DiNardo’s family farm on Lower York Road in Solebury.