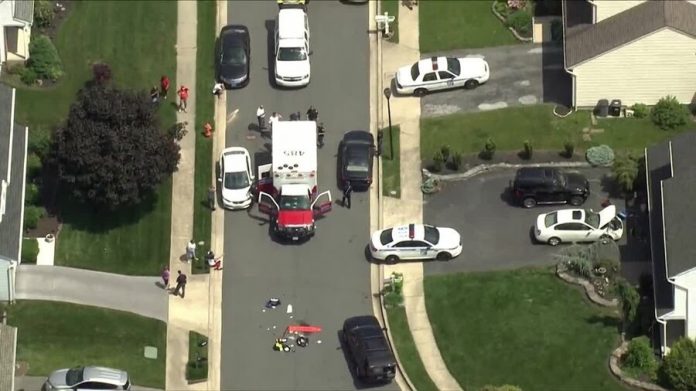 A Baltimore County, Maryland police officer was fatally shot Monday by a suspect who still remains at large.

“We are deeply saddened to learn of the passing of a Baltimore County Police Officer after she was shot in the line of duty today,” Maryland Gov. Larry Hogan tweeted. “Our prayers go out to this brave officer’s family, @BACOPoliceFire, and the Baltimore County community.”