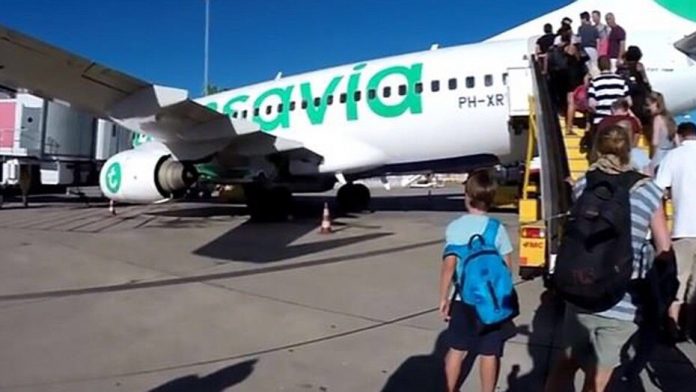 A Transavia flight to the Spanish island of Gran Canaria was forced to make an emergency landing in Portugal when several passengers reportedly became ill by the “unbearable” smell of an “unwashed” man onboard.

The male passenger allegedly smelled so bad that others on the flight began fainting and vomiting once the plane took off from Schiphol Airport in the Netherlands.

One Belgian passenger, Piet van Haut, told Express the man smelled like he had not bathed in “several weeks.”

“It was like he hadn’t washed himself for several weeks. Several passengers got sick and had to puke,” van Haut said.

According to the publication, airline crew members tried to keep the man contained in the airplane bathroom while the pilot diverted the flight.

The plane landed in Faro in Portugal where the man was removed from the Boeing 737 and placed on a bus by medical personnel.

In a statement to Express from Transavia, the airliner confirmed the emergency landing was due to “medical reasons.”

“The aeroplane diverted because of medical reasons, but it is indeed right that he smelled quite a bit,” a Transavia spokesperson told the news site.

It is unknown what medical condition – if any – the man suffered from.

Transavia did not immediately return a request for comment.