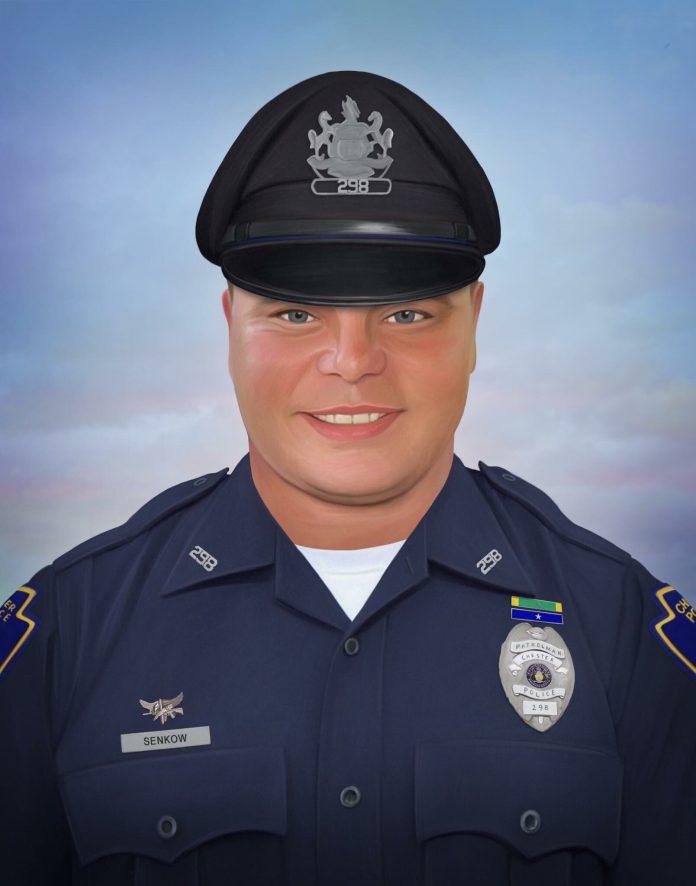 Police in Delaware County are coming to grips with the untimely loss of a decorated officer of the City of Chester Police Department.

Officer Senkow’s family has deep roots in public service, according to the Collingdale Police Department, where he used to be a part-time patrolman.

Many Delaware County law enforcement agencies are extending their condolences.

He was a member of the Search and Rescue Dive Team and was SWAT Certified.

Christopher Senkow was a kind and thoughtful officer to all who worked with him professionally, and knew him personally.

He was an avid sportsman who cherished his time out in nature. Most importantly, Chris was a devoted husband, father, and son to his family. He will be missed by all.

The City of Chester announced the following funeral arrangements for Officer Christopher Senkow:

Viewing Thursday 6pm-8pm and Friday 9am-1030am, immediately followed by mass at Saint John Fisher Church. The burial will be at Saint Peter and Paul cemetery followed by a luncheon at Springfield Country Club.