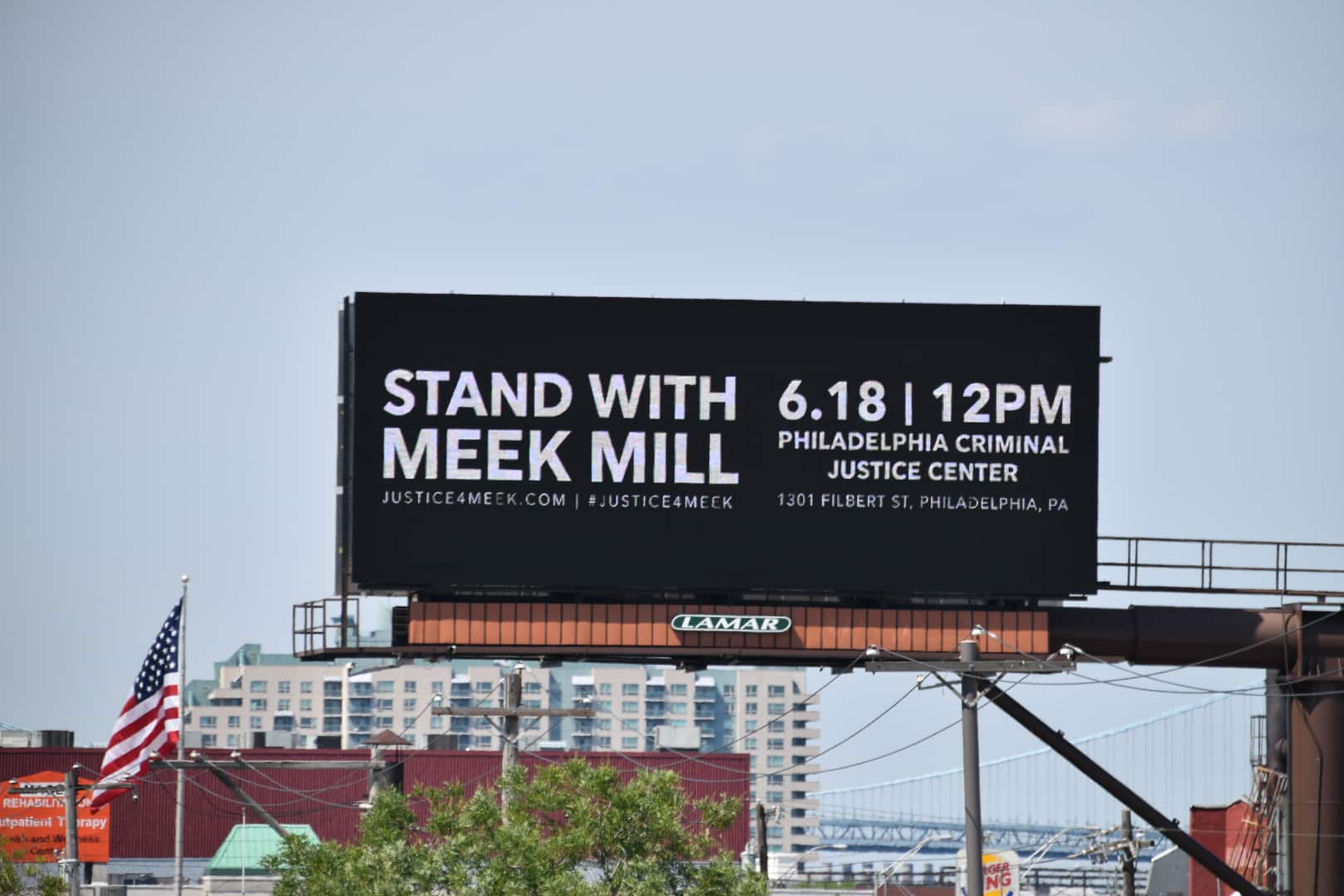 Meek Mill to host mass demonstration outside of his courtroom Monday

Meek Mill billboards are popping up on the interstate coming in and out of Philadelphia– RadarOnline reported earlier today.

The rapper has been side-by-side with Philadelphia Mayor Kenney and Pennsylvania Governor Wolf following his release from prison in Chester City in April.

Mill is scheduled to go back before Judge Brinkley, who refused to recuse herself tomorrow morning — but he took his hearing to a new level by purchasing billboard ads stretching approximately ten miles!

Dozens of first responders converged on the Las Vegas Strip Saturday night for the report of a fire at The Cosmopolitan.

Proud Boys' leader Enrique Tarrio has been arrested in D.C., Your Content is learning....