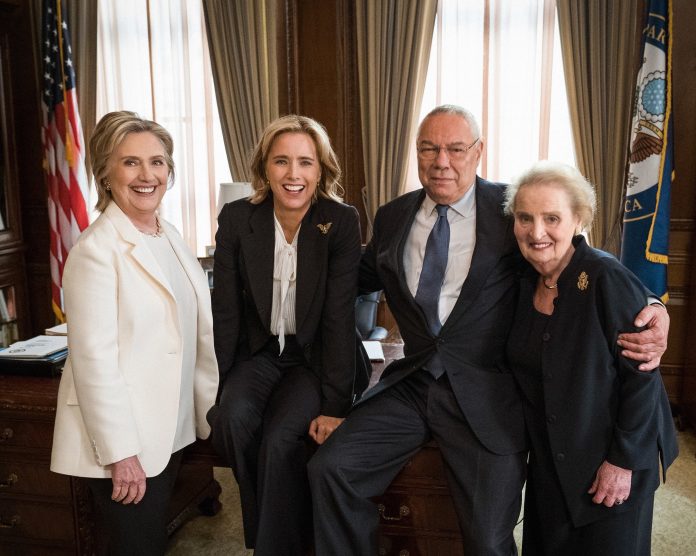 Former Secretary of State & democratic presidential candidate Hillary Clinton is set to appear on an episode of the hit series Madam Secretary on Oct. 7!

CBS said today that Madeleine Albright, Hillary Clinton and Colin Powell will appear in the October 7 episode as Elizabeth McCord (Téa Leoni) turns to the former State leaders to ask their advice on how to respond to a delicate situation.

The trio filmed their scenes on July 11, and Albright — America’s first female Secretary of State, who served under President Clinton from 1997-2001 — tweeted this today:

It was wonderful to spend some time with the team from @MadamSecretary on set in Brooklyn with a few former colleagues. Mark your calendars for October 7th! https://t.co/8GdHBx4T7Q

Sources close to the show say it was an odd mixture of real secret service agents and actors on set as they filmed the episode before announcing it on social media Tuesday afternoon.