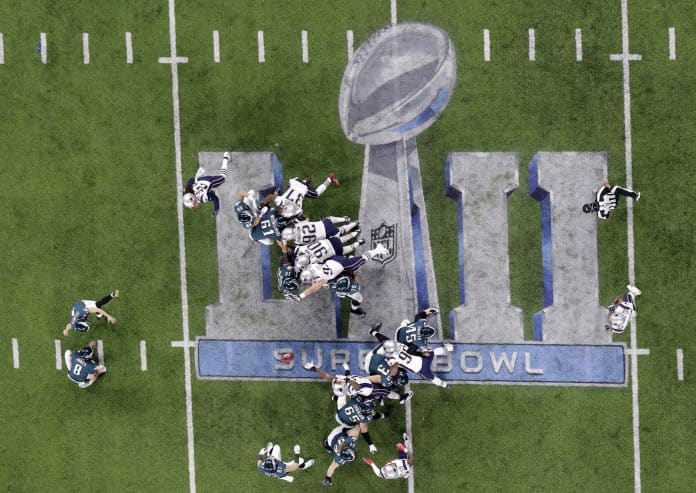 Now that every NFL team is officially in the throes of training camp, it’s as good a time as any to re-assess the league with a fresh batch of power rankings — our first since the completion of April’s draft.

2. Patriots (2): No team more deserves benefit of doubt. Still, concerning Pats have so many new starters on offense and so few apparent upgrades on defense.

6. Saints (7): Any more underrated player than WR Michael Thomas? He’s one key to team with plenty of motivation to overcome 2017’s missed opportunity.

7. Packers (10): Aaron Rodgers’ return alone should vault them back to postseason. But success of new defensive philosophy could determine Pack’s course.

10. Steelers (9): Is Shazier-less D good enough? How will this preseason’s Le’Veon Bell distraction play out? Already, usual combo of talent and sideshows.

11. Texans (12): Offensive line is a question but perhaps only one of major significance … assuming Watt, Watson, Mercilus et al. bounce back as expected.

12. Titans (14): Unheralded secondary emblematic of team once again flying under radar but poised to do plentiful damage in AFC South and maybe beyond.

13. Panthers (13): Cam Newton’s arm has plenty of whip, but is Torrey Smith enough of a vertical threat to keep defenses from packing in against Carolina?

16. Raiders (26): Jon Gruden looks to have weapons he needs. But worth noting that re-acclimating coach had one top-10 offense during seven years in Tampa.

17. Cowboys (19): No mystery, but Ezekiel Elliott is key, both to opening up passing lanes for Dak Prescott and shortening games for defense.

18. Ravens (21): Hard team to read. However for all the talk about quarterbacks, depth along both lines might warrant as much scrutiny as Flacco, Jackson

19. Chiefs (15): Patrick Mahomes couldn’t ask for a better arsenal around him. But will suspect defense put a young gunslinger into holes he can’t climb from?

20. 49ers (16): Garoppolo buzz is great. But preseason expectations should be tempered (for now) by defense that’s ranked 24th or worse last three years.