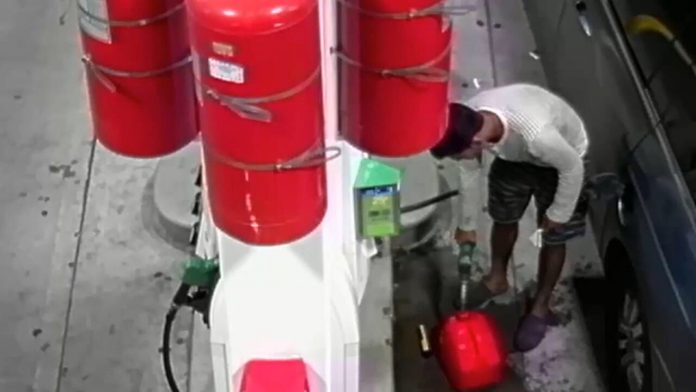 Police are looking for a man who started a fire at a New York City gas station, a blaze that seriously injured a man nearby.

It was reported around 2 a.m. Monday at a gas station on Richmond Avenue in Staten Island.

The New York Police Department released video showing a man filling a gas can, then spraying fuel around the pump, setting a piece of paper aflame and using it to ignite the spilled fuel into a blaze that flared up around the gas pumps.

The NYPD says the man who started the fire arrived in a blue minivan.