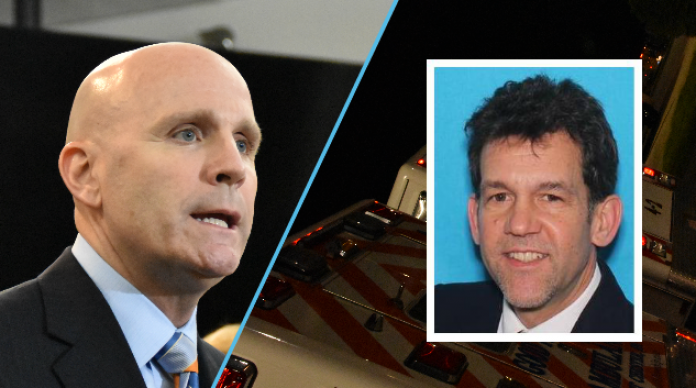 Bruce Rogal, 49, is dead after opening fire at local and state police early this morning when they spotted the wanted killer and gave chase, yc.news could exclusively confirm.

The demented 49-year-old was wanted by state and federal authorities after allegedly murdering his elderly parents at their nursing home in Chester County, Pennsylvania, Wednesday night. Rogal also opened fire at his ex-wife but missed, police said.

The manhunt came to a deadly end just after 12:30 a.m. when Pennsylvania State Police gave chase after spotting Rogal in Downingtown, Pa.

The lowlife crashed on the 1100 block of Vermont Lane when he opened fire at police before offing himself at approximately 1:15 a.m., yc.news could report.

According to sources within the investigation, it is believed Rogal was returning to his ex-wife’s residence when police spotted him.