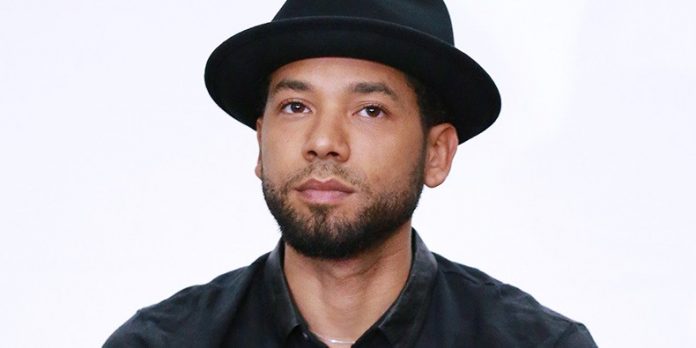 • Jussie Smollett stole props from the set of a play he appeared in the day before reporting his alleged attack to police.
• The Tony-winning play, Takes Me Out, was about a biracial baseball player coming out as gay.
• In the play, the lead character is called a ‘f*****’ and a ‘n****r’ by his teammates, verbatim of what Smollett alleged his attackers called him.
• Smollett then snatched the prop and rehearsed the attack with two brothers, sources within the Chicago Police Department tell yc.news.

Jussie Smollett had been in New York City for a reading of the play Take Me Out, and sources close to the Empire star confirm that Smollett was being considered to appear in a possible revival of the Tony-winning production about a biracial baseball star who comes out as gay.

The script for that play finds the lead character being attacked by a new pitcher who joins the team. That character uses the same racial slurs Smollett told police his attackers screamed at him, including ‘f****t’ and ‘n****r.’

The characters also play for the New York Empires.

There were reports that Jussie would be meeting with local authorities on Monday, but his new rep Anne Kavanaugh shot that down in a statement, saying: ‘There are no plans for Jussie to meet with Chicago police today. Any news reports suggesting otherwise are inaccurate. Smollett’s attorneys will keep dialogue going with Chicago police on his behalf.’

yc.news told you first, Several sources within the Chicago Police Department confirm that the two brothers who were questioned in connection to the alleged attack of Jussie Smollett told detectives the Empire star paid them to stage the attack.

Multiple sources in the Clark County District Attorney’s Office tell yc.news that a grand jury convened for potential charges against the television star.

A spokesperson for the Chicago Police Department was unable to confirm any of these details due to the ongoing investigation.

‘While we are not in a position to confirm, deny or comment on the validity of what’s been unofficially released, there are some developments in this investigation and detectives have some follow-ups to complete which include additional investigation and speaking to the individual who reported the incident,’ Officer Anthony Guglielmi told yc.news on Monday.

Smollett meanwhile continues to deny that the attack was stage or planned and has hired the same criminal defense attorney used by President Trump’s former lawyer, Michael Cohen.