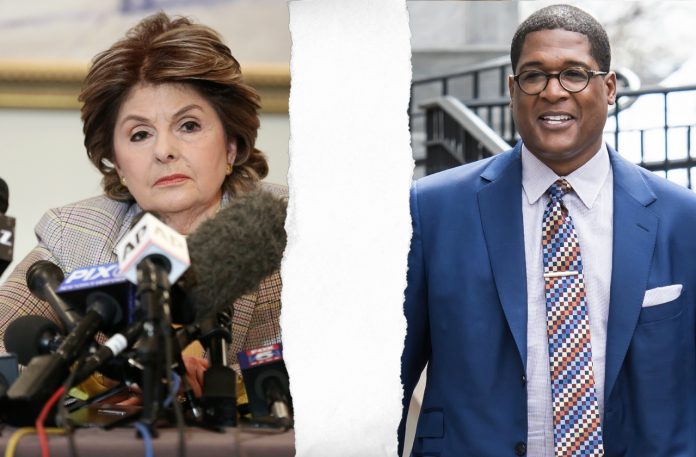 Celebrity public relations and crisis manager Andrew Wyatt chimed in on the case against R. Kelly Friday, stating that the musician is “innocent until proven guilty” and called out Gloria Allred for slithering to the spotlight.

Wyatt, who represents Bill Cosby as both his spokesman and crisis manager is a well-known arch nemesis of famed women’s rights attorney Gloria Allred, who represents a number of Cosby accusers.

This afternoon the R&B musician was charged with ten counts of sexual abuse charges dating back decades, but it isn’t his first rodeo.

It was 2008 and prosecutors spent more than six years trying to get the R&B star R. Kelly into court on charges of child pornography, but jurors only took a few hours to declare him not guilty on all 14 counts.

“I don’t know Mr. Kelly nor have I spoke with Mr. Kelly directly, but if I remember correctly, he was found not guilty many years ago by 12 jurors, made up of eight white individuals and four black individuals.”

“As I predicted yesterday, the wheels of justice are turning and now R. Kelly is required to face allegations against him in the criminal justice system.” Gloria Allred said following the news of R. Kelly’s indictment. “This may not be the only prosecution of Mr. Kelly, because we are aware of other open investigations in other jurisdictions, but I am very glad that he has been indicated in Cook County and that this day has finally come for Mr. Kelly.”

“She’s the mother of this ‘race war and sex war’ in America,” long-time arch nemesis of Gloria Allred said. “Thus, organize a Lynch mob, draft a new Constitution in AwfulRed’s New America called ‘The 21st Century To Kill A Mockingbird.'”

Kelly is expected to turn himself in and appear before a judge tomorrow morning for a bond hearing. Meanwhile, Wyatt is in Pennsylvania visiting his client Bill Cosby to discuss appellate matters.

As for joining the Kelly camp, Wyatt told yc.news that they “are in conversation only.”

Here are four fast facts that you need to know about the R. Kelly investigation.

1. Andrew Wyatt Has Represented Comedian Bill Cosby Throughout Both Trials and Still Does

Andrew Wyatt, born in Bessemer, Alabama, is a public relations professional and founder of Purpose PR. Notably he has served as a spokesman for comedian Bill Cosby during his prosecutions for sexual assault. Wyatt graduated from Miles College and worked in local television before founding his PR firm in 2007. He became associated with Cosby after helping organize an event with him for Miles College.

2. R. Kelly was Indicted Friday on 10 Counts of Aggravated Sexual Abuse by a Chicago

The musician was indicted on ten counts of sexual abuse charges stemming back ten years, according to prosecutors in Cook County, Illinois. Despite R. Kelly’s indictment, he was acquitted of child pornography charges in 2008 by a Chicago jury.

3. Family Insists R. Kelly ‘Brainwashed’ Their Daughter Like A “Wizard” to Get Her to Move In With Him, She Said That’s Not The Case

Jocelyn first met R. Kelly in 2015 when she was invited to go backstage at one of his concerts. She was 17. Jocelyn gradually began to cut off contact with her parents. Despite not hearing from her, the parents believe that she has contracted both herpes and Chlamydia. While the accusations made by Jocelyn’s parents continue to stack up, she is still living with R. Kelly. The last time she was publicly seen was on May 8, 2018, when she was filmed at a shopping mall alongside the singer.

There was a heated altercation outside of the courthouse between Bill Cosby’s spokesman and a prominent attorney for the accusers during the fourth day of the actor’s retrial.

Cosby’s right-hand-man and crisis manager Andrew Wyatt was interrupted by Gloria Allred, an attorney for some of the accusers, while he and his associate were holding a press conference on the steps of the courthouse.

“Explain to me, Ms. Allred, why did you ask for $100 million?” Wyatt asked Allred after she budged through the crowd. “I’m so glad you asked me,” Allred replied, telling Wyatt to “listen” and not to “interrupt” her.