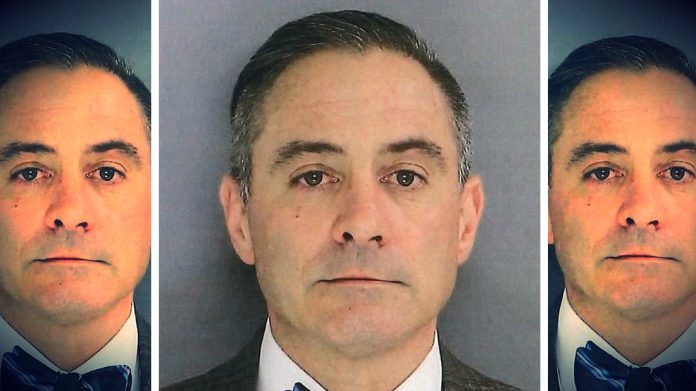 According to Delaware County District Attorney Katayoun Copeland, the sneak made off with over $390k worth of Vivitrol – a medication prescribed to treat opioid addiction.

Patients had numerous Vivitrol shots sent to DiMonte in their name and paid for by their insurance companies, but detectives discovered that the hoarding doctor was collecting the drug to sell for cash.

According to court documents we’ve obtained, DiMonte administered the medication to uninsured patients, charging them cash for their visit.

Police tell us that they interviewed well over 100 patients.

“I knew something was going on in that den of an office,” said an elderly woman who resides just one block from the condemned office. “It is sad that a doctor could be so cold, but I am proud that they caught him!”

“They should make an example out of him.”

District Attorney Katayoun M. Copeland praised CID Sergeant Patterson and Analyst Lowitz and Assistant District Attorney William J. Judge, along with investigators from Independence Blue Cross and AmeriHealth Caritas Insurance for their extensive work on this complex investigation stating, “Our team is diligently protecting those who are most vulnerable in our community and have been tragically affected by an opioid addiction. In the midst of an opioid epidemic, Doctor Richard DiMonte fraudulently obtained $394,900 worth of medication, deceiving insurance companies under the guise of helping opioid dependent policy holders who sought help and treatment from him. We have zero tolerance for corrupt business practices and unethical medical conduct. I commend the Criminal Investigation Division for exposing this fraudulent behavior and holding Richard DiMonte responsible for his actions.”

DiMonte was released on $400k unsecured bail. His next court appearance is June 3 before Judge Deborah Krull.