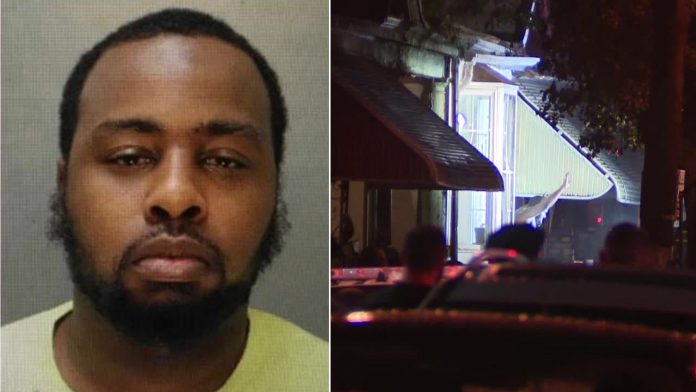 Maurice Hill, charged with shooting six Philadelphia cops and kidnapping two others during an eight-hour standoff with police as they tried to serve a warrant was a snitch for the feds for years. Immediately following the crazed gunman’s arrest, U.S. Attorney William McSwain quickly blamed Philadelphia District Attorney Larry Krasner.

In a statement released less than 24 hours after the standoff ended in North Philadelphia, McSwain, the U.S attorney for the Eastern District of Pennsylvania, said the shooting was “precipitated by a stunning disrespect for law enforcement” that was “championed” by Krasner.

We were among the first to report that Philadelphia Police quickly swarmed the 3700 block of North 16th Street just after 4:30 p.m. on Aug. 14.

Shortly after the news broke, Hill continued opening fire on responding officers, striking a total of six. Hill also took two officers hostage but later released them after a lengthy phone call with former Philadelphia Police Commissioner Richard Ross, Philadelphia District Attorney Larry Krasner and Hill’s defense attorney. According to McSwain, Hill attempted to contact him and officials from his office as well, but those calls went unanswered.

“There is a new culture of disrespect for law enforcement in this City that is promoted and championed by District Attorney Larry Krasner – and I am fed up with it,” McSwain said. “This vile rhetoric puts our police in danger. It disgraces the Office of the District Attorney. And it harms the good people in the City of Philadelphia and rewards the wicked.”

Nor did McSwain acknowledge that the 36-year-old Hill, who on Saturday was charged by Krasner’s office with attempted murder and multiple counts of aggravated assault related to the incident, has been a federal informant for years, according to documents obtained by The Appeal.

However, there is also a long history of federal informant involvement in high-profile crimes, including mafioso Sammy “The Bull” Gravano and James “Whitey” Bulger, and mass killer Ricky Javon Gray who was involved in the murder of seven people in 2006 but later convicted and executed for killing four.

In September 2001, federal prosecutors in Virginia filed a substantial-assistance motion in a drug case involving Gray.

We were first to report that Hill was forbidden from owning guns due to prior convictions, and sources confirm that the arsenal of weapons Hill used during the standoff were stolen or illegally obtained from the streets.

A spokesperson for McSwain, who sworn in as U.S. Attorney in April 2018, declined to comment on the Hill case when contacted by yc.news.

© 2019 Original Media Group Corporation. All rights reserved. This material may not be published, broadcast, rewritten or redistributed. Learn more about our Privacy Policy and Terms of Use.