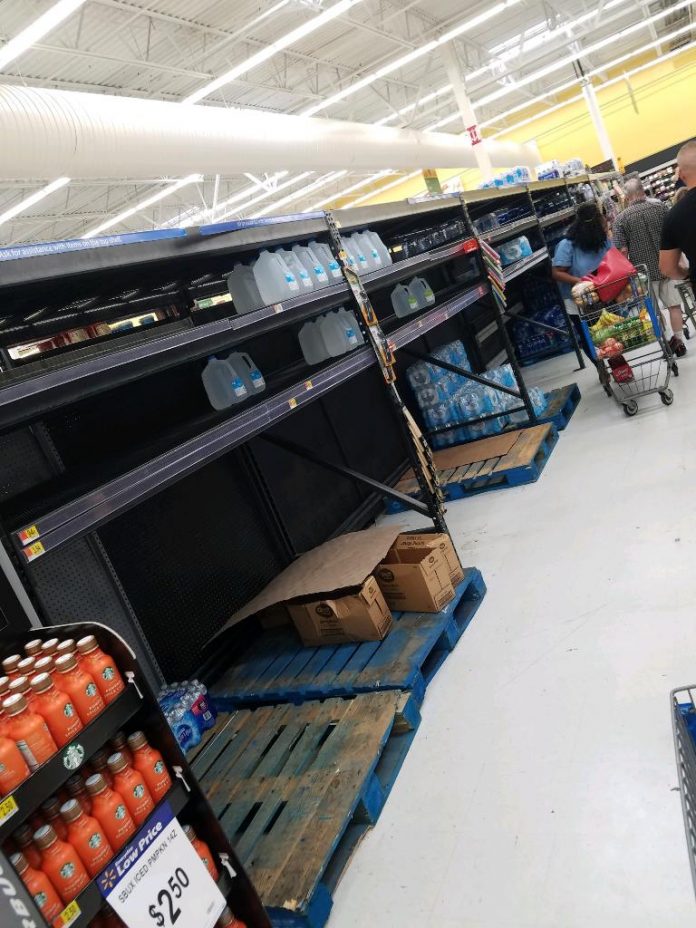 Residents in Florida are in dire need of supplies after coming to the impossible realization that they have run out of bottled water, according to frantic locals.

It’s no surprise, as Floridians are unwitting veterans when it comes to hurricane preparation.

After Category 4 Hurricane Irma in 2017 and Category 5 Hurricane Michael in 2018, they are taking no chances as Hurricane Dorian barrels toward the Florida East Coast.

Labor Day weekend is predicted to bring plenty of headaches to the state, which has more storms than any other U.S. state.

The empty pallets and bare shelves at retails stores including Walmart, Publix and Target days ahead of Dorian’s arrival are evidence of mounting hysteria throughout the state.

Florida Gov. Ron DeSantis declared a state of emergency Wednesday, August 28, for 26 counties in the path of the hurricane, which sparked a swift response from residents.

“It’s important for Floridians on the East Coast to monitor this storm closely. Every Florida resident should have seven days of supplies, including food, water and medicine, and should have a plan in case of disaster,” DeSantis warned.

Walmart spokesman Casey Staheli said the chain has an “emergency support team” that is monitoring the storm and supplies to stores in a statement to the Sun-Sentinel Wednesday.

Staheli assured residents that in the event of a shortage of water or other basics at area stores, shipments would be rerouted to boost the supply.

However, social media posts suggest Walmart and Publix are struggling to maintain these commitments.