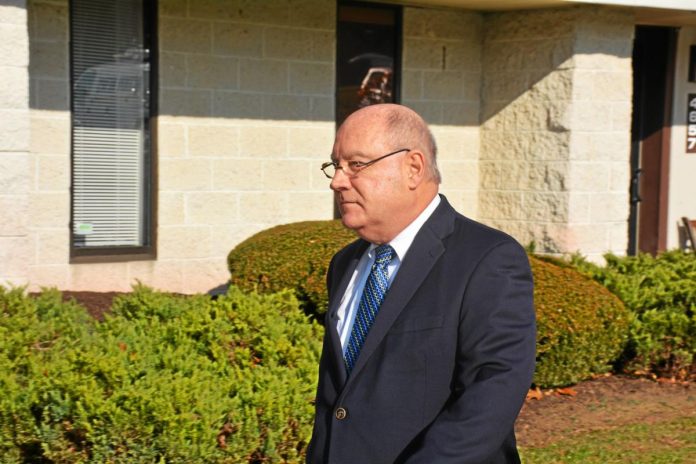 The defendant, who created online aliases like “DaddyX” and “DaddyXX” to commit these crimes, was originally arrested by the Delaware County District Attorney’s Office Criminal Investigation Division, and then later by the Federal Bureau of Investigation as part of an online investigation into the sexual exploitation and trafficking of children.

For more than four years, the defendant communicated online with hundreds of other child offenders, distributing horrific images of children being sexually abused and collecting an extensive supply of the unlawful videos and images. He did so at all times of the day and night and from various locations and devices, including at his home, his place of employment, and using his government-issued iPad which he had received as President of the Board of Commissioners in Radnor Township. During the same time that he was committing these offenses, Ahr also involved himself in numerous community service activities that were geared toward and gave him access to children of the same age that he sexually exploited as part of his crimes.

“The defendant’s days of exploiting his position of trust in our community for his perverse gratification are over,” said First Assistant U.S. Attorney Williams. “Child sexual exploitation is appallingly pervasive, exacerbated by the easy availability of online file sharing, and it demands an aggressive response. We stand ready with our federal partners to identify and prosecute individuals that perpetuate this abuse.

”This case is part of Project Safe Childhood (PSC), a program bringing together all levels of law enforcement and the communities they serve to reduce the sexual exploitation and abuse of children. The case was investigated by the Federal Bureau of Investigation, the Delaware County District Attorney’s Office, and is being prosecuted by Assistant United States Attorney Michelle Rotella.