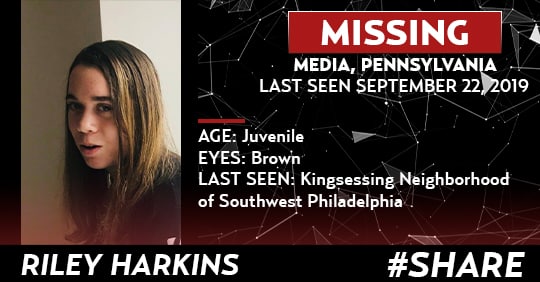 Police in Delaware County announced Wednesday that they have expanded the search for Riley Harkins, according to a statement on social media. As we previously reported, Harkins went missing Sunday Sept. 22 with her friend Natalie Ciferni.