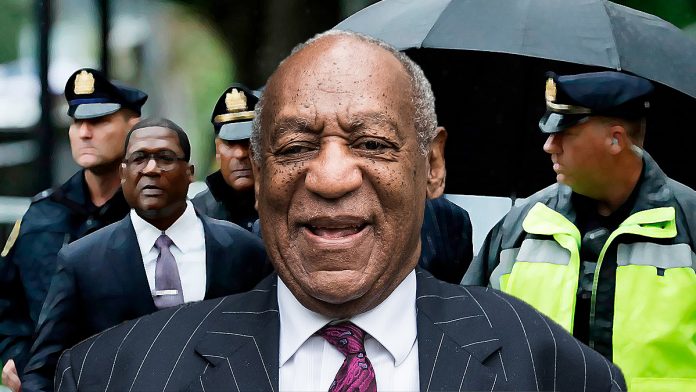 After a lengthy battle, we’ve been granted access to an explosive thousand-page-dossier containing internal emails and official documents pertaining to the Bill Cosby case – obtained under the Pennsylvania Right-to-Know Law.

Kevin Steele was elected Montgomery County District Attorney later that night, and pressure to prosecute Cosby started at the crack of dawn.

“Great Tom,” McGoldrick’s relative replied. “Now you can round up all the bad guys.”

“First order of business – lock up that creep Bill Cosby.”

During the weeks leading up to the Nov. 4 election, prosecutors and police were fixated on pushing the Bill Cosby investigation as a major platform on Steele’s campaign – and they shared several hundred articles to prove how great the numbers were looking.

“Kane and Cosby are key topics,” Montgomery County Deputy Chief Detective Mark Bernstiel wrote in an email to others involved in the campaign.

What’s more, then-elected district attorney, Risa Ferman, was one of several to remind Steele that “Bill Cosby’s fate hinge[d] on a small-town election.”

Ferman sent an email to Steele on Nov. 2, containing an article by Rolling Stone that several others circulated – the article was headlined: “Bill Cosby’s Fate Could Hinge On A Small Town Election.” Several individuals reminded Steele and other soon-to-be key figures in the Cosby prosecution to prepare to prosecute the comedian if – and only if – Steele won the nomination.

“Castor is a true hero,” then-Montgomery County Assistant District Attorney Thomas McAneney wrote. “He thought the Cos was guilty a decade ago but didn’t have the balls to take in a loser of a case, but now has the balls to say he thinks he is guilty. Such a jerk off.”

According to those closest to Steele – the “Cosby card” was a great idea.

“I am so proud and happy that you won the election,” an individual told Steele in an email. “Some media were saying that playing the Cosby card was not a good idea, but I think it worked well and I’m glad you toughened up a little bit.”

“Thanks for everything Jackie,” Steele replied. “Hope you have a Happy Thanksgiving. Love, Kevin.”

The funnyman was sentenced to three to 10 years in a Montgomery County prison. His legal team has filed an appeal with the Pennsylvania Superior Court. The panel’s ruling on Cosby’s appeal will be issued at an unspecified future date.

Stay with us for the latest updates on the newly released Bill Cosby documents.