In 2015, District Attorney Kevin Steele claimed there was an ‘air-tight’ case against Bill Cosby, turns out there wasn’t
I 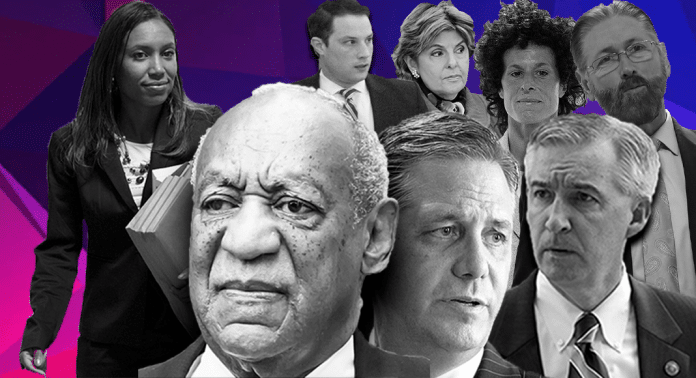 It turns out Steele wasn’t ready to prosecute Cosby, either.

As we previously reported, the prosecution was pressured to file charges hours after winning a heated election on Nov. 4, 2015, according to emails we’ve obtained.

The Montgomery County District Attorney’s Office released – under court order – emails pertaining to the investigation, dating back to 2014.

Former Montgomery County Asst. District Attorney Tom McAneney – who also criticized Castor for refusing to prosecute Cosby in several email chains with one of the lead prosecutors, Thomas McGoldrick, wrote in an internal email dated Nov. 19, 2015 that the investigation and prosecution was, and would be, “a loser of a case.”

Throughout the 2015 race for district attorney, Steele made it clear to the media that he was investigating Bill Cosby, but his “air-tight” case was nothing more than a great campaign tactic.

On Sept. 21, 2015, a news reporter asked Steele if reports of an upcoming arrest were true – his response: “Nothing imminent.”

Figuring out the predicament was simple – an arrest simply wasn’t possible. Prosecutors hadn’t even figured out if the case was ‘legally viable.’

But that didn’t stop Steele from running on the promise to prosecute Cosby.

Resolving the predicament prosecutors faced would prove to be difficult, as no new evidence was discovered since the initial investigation in 2005 – and prosecutors themselves were unsure if they were within the statute of limitations.

“Pa. Cosby case may be legally viable still,” the subject line of an internal email from Sept. 12, 2015 obtained by yc.news reads.

On Sept. 14, 2015, prosecutors met for the first time to discuss the potential case, if any, against Cosby. Until then, only Steele, Ferman, and two county detectives were privy to any investigation into the comic.

From there, prosecutors scrambled to find news articles with women who came out to accuse Cosby of similar acts, sharing hundreds of news stories amongst each other to try and gather information to assist in their investigation.

What’s more, former Asst. District Attorney Tom McAneney labeled the entire investigation and potential prosecution a “loser of a case” – with one of the lead Cosby prosecutors on the email – and two other former assistant prosecutors who worked under Castor during the 2005 investigation.

Castor was harshly criticized for claiming the case wasn’t winnable and became the target of a defamation lawsuit filed by chief Cosby accuser Andrea Constand one week prior to election day.

Constand accused Castor of stating or implying in multiple news stories that Constand “had been inconsistent in her accusations against Cosby” and that she “exaggerated her claims in a lawsuit and therefore was not to be believed,” according to the allegations in her lawsuit.

However, with the Constand v. Castor lawsuit in full swing, it didn’t stop other prosecutors from siding with Castor, labeling the case a lost cause.

“Castor is a true hero,” McAneney quipped. “He thought the Cos was guilty a decade ago but didn’t have the balls to take in a loser of a case … Such a jerk off.”

The implication that a prosecutor would knowingly take on a case – which they themselves labeled a loser – raises concern for how many other individuals may be in similar situations due to prosecutors in Montgomery County taking on cases they don’t believe have much evidence, other than he-said-she-said.

According to Pennsylvania Rules of Professional Conduct, Castor had a legal obligation as a prosecutor not to prosecute Cosby.

McAneney – who holds the same duty – worked alongside the prosecutor who ultimately wound up leading the self-described “loser of a case” – and under Pennsylvania law, the decision to prosecute a “loser of a case” is prohibited.

According to Rule 3.8(a) of the Rules of Professional Conduct, “The prosecutor in a criminal case shall refrain from prosecuting a charge that the prosecutor knows it not supported by probable cause.”

As we previously reported, prior to re-opening their investigation into the comedian, prosecutors joked Cosby would ‘die’ if jailed for three and a half to seven years, according to emails exclusively obtained by yc.news.

The comic icon was sentenced to three to 10 years in a Montgomery County prison. His legal team has filed an appeal with the Pennsylvania Superior Court. The panel’s ruling on Cosby’s appeal will be issued at an unspecified future date.

Stay with us for the latest developments.