Man opening fire at Philadelphia Police in the Northeast section of the city: Report
M 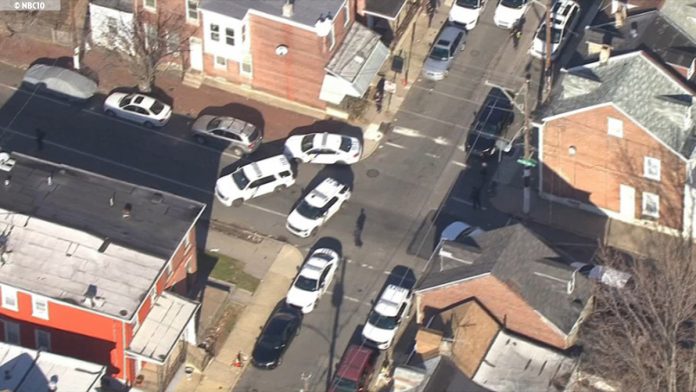 A suspect opened fire in Northeast Philadelphia Thursday afternoon, prompting a large police response with officers hiding behind their cruisers and other cars, according to NBC10 Philadelphia.

The incident erupted at 1 p.m. on the 4600 block of Hawthorne Street

It was unclear if any officers were struck.

“The suspect fired at US Marshalls as they were on official business,” a source close to the situation told yc.news. “He barricaded himself in the home after opening fire at local and federal authorities.”