FEMA sets up camp in South Philly, says its 1 of 28 sites
F 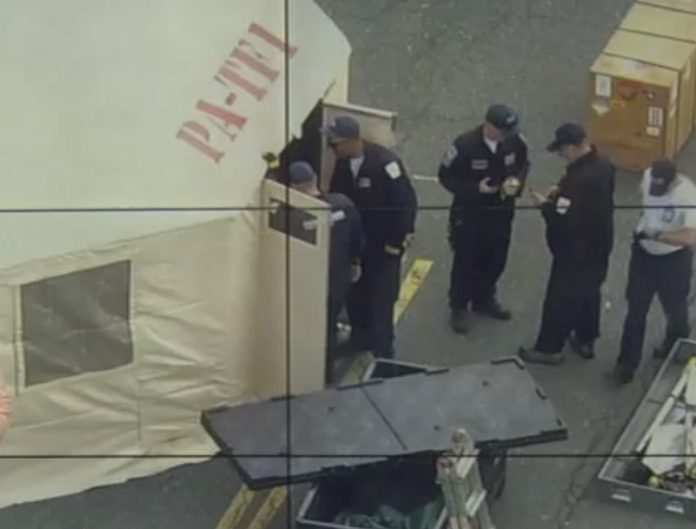 FEMA has taken up several city blocks in South Philadelphia in the heart of the sports complex, Your Content has learned. However, authorities won’t clarify exactly what these tents are for.

You can see PA-TF-1 on top of the tents indicating Pennsylvania Task Force 1, 6ABC reports.

PA-Task Force 1 is one of 28 operational and deployable groups established by FEMA that can respond to a disaster.

“It’s scary, it really is. Like you don’t wanna see hazmat suits in South Philadelphia. You don’t see this, it’s something out of a movie,” said Chris Amata.

Police in New Hanover Township are swarming the 2900 block of Reifsnyder Road after a man shot his mother and father.
Read more

The body of a missing soldier is believed to have been found about 30 miles from Fort Hood.