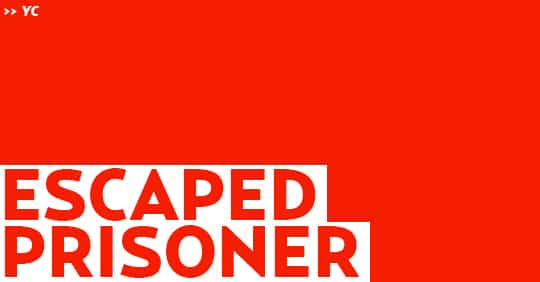 The Hoover Police Department is searching for an inmate who escaped from the city jail Thursday morning.

Police said 24-year-old Theodoric Rapheal Boglin Jr., of Hoover, was last seen at 10:19 a.m. in the area of Valleydale Road wearing a black and white Hoover City Jail uniform. Boglin was arrested Wednesday night after he allegedly fired shots at his girlfriend.

Local NBC affiliate WVTM 13 was first to break the story.

“Detectives were in the process of obtaining formal arrest warrants against Boglin when he escaped,” Lt. Keith Czeskleba said. “The details of his escape are currently under investigation but it appears he was able to access a perimeter door.”

If you see Boglin or have information regarding his whereabouts, please call 911 or Hoover Police at 205-822-5300.

If you wish to remain anonymous and qualify for a cash reward, please contact Crime Stoppers of Metro Alabama at 205-254-7777.