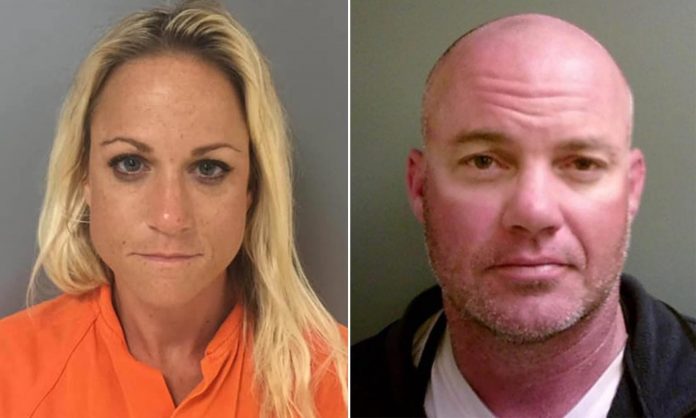 A former Louisiana sheriff’s deputy and his teacher wife who are facing a slew of charges, including child rape, producing child pornography and sexual abuse of an animal, are being sued for allegedly serving school children cupcakes tainted with bodily fluids.

Four civil lawsuits have been filed against Dennis and Cynthia Perkins, accusing them of serving students cupcakes tainted with the husband’s semen.

The most recent complaint claims Cynthia also showed a student sexually explicit images and took pictures and video of the girl.

The couple was arrested back in October when authorities found a photo of the pair naked with a minor.

Dennis, who was fired from the Livingston Parish Sheriff’s Office following his arrest, was indicted on 78 felony counts.

His wife, who resigned from junior high school teaching job the day she was arrested, was hit with 72 felony counts in the indictment.

One of the complaints alleges that the father of a student who ate the contaminated cupcakes has fallen into a debilitating depression over the incident and has not been able to find gainful employment.