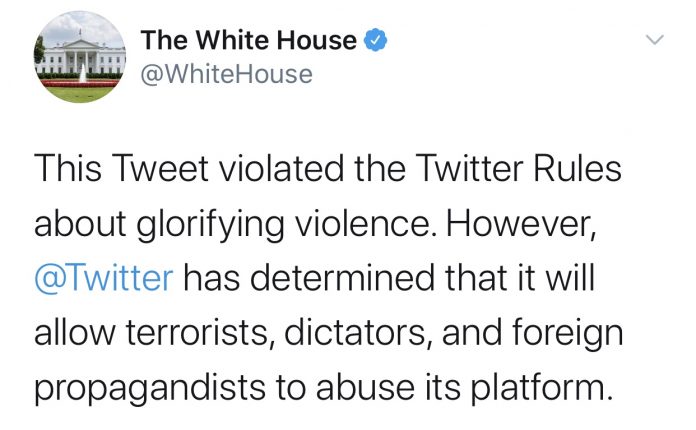 THE White House fired back on social media Friday morning, declaring Twitter is a safe haven for terrorists, dictators and foreign propagandists to use and abuse its platform, Your Content has learned.

“However, @Twitter has determined that it will allow terrorists, dictators, and foreign propagandists to abuse its platform.”