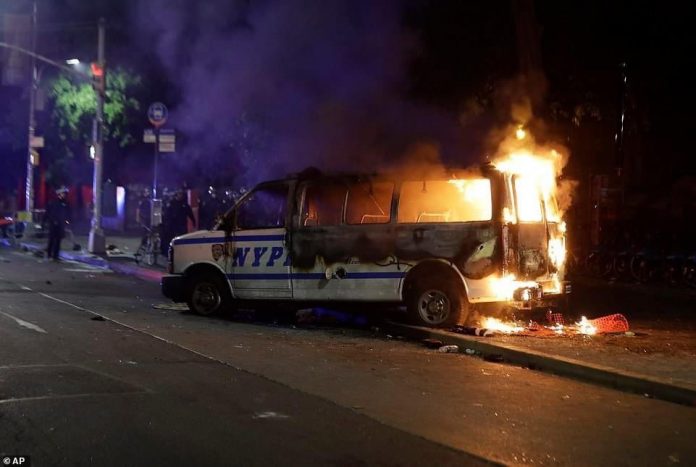 AUTHORITIES charged a woman with the attempted murder of NYPD cops after hurling a Molotov cocktail into a marked, occupied police van in Brooklyn, Your Content is second to report.

Samantha Shader, 27, of Catskills, NY, launched the incendiary device through a rear window of the van at the corner of Eastern Parkway and Washington Avenue around 10:40 p.m., police told the Post.

What’s more, Shader then bit an officer on the leg as she was hauled into custody, police said.

The rioter faces four counts of attempted murder of a police officer, attempted arson, assault on a cop, criminal possession of a weapon and reckless endangerment, the Post reported.

FURTHER, woman’s sister, Darian, 21, was also booked after she tried to interfere with the arrest.