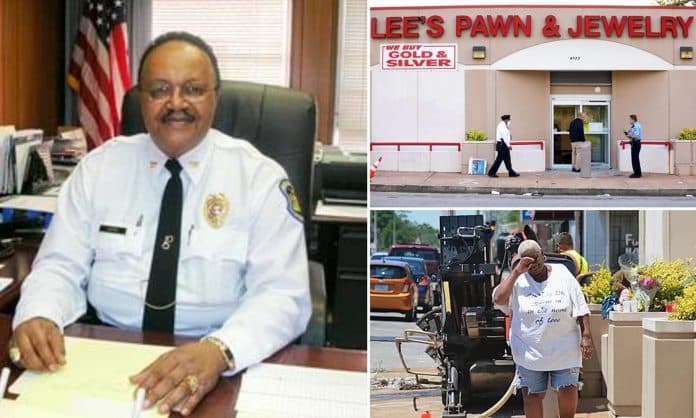 DECORATED retired St. Louis Police Captain David Dorn, 77, was found executed on the sidewalk in front of Lee’s Pawn & Jewelry in the early hours following unrest that followed a peaceful protest over the death of George Floyd in Minneapolis, Your Content has learned.

Dorn was a friend of the pawn shop’s owner and frequently checked on the business when alarms went off, his wife, Ann Marie Dorn, told the St. Louis Post-Dispatch.

The Ethical Society of Police, which represents black officers in St. Louis, described Dorn as ‘the type of brother that would’ve given his life to save them if he had to’.

He suggested eyewitnesses did not help Dorn after he was shot, adding: ‘It’s one thing to be a victim of a robbery/assault but to lie in you own blood pleading for help and no help comes other than people standing around on FB Live recording his death. All over social media. I’m upset and can’t sleep!’

“Many of us, the other officers, looked up to him,’ Hayden said. ‘Was very well-liked, very pleasant. And his wife still works here. So a very sad time for our agency. We will honor him.”

President Trump tweeted his own tribute Tuesday evening, writing: “Our highest respect to the family of David Dorn, a Great Police Captain from St. Louis, who was viciously shot and killed by despicable looters last night. We honor our police officers, perhaps more than ever before. Thank you!”

Former St. Louis County Police Chief Tim Fitch, called Dorn ‘a true public servant’, adding: ‘Protecting & serving all the way to the end. None of us who knew you are surprised you went out fighting at Lee’s Pawn this morning. God speed my friend.’

Your Content readers were first to know the 77-year-old police veteran was killed in cold blood while guarding his pal’s shop.

He will be missed.