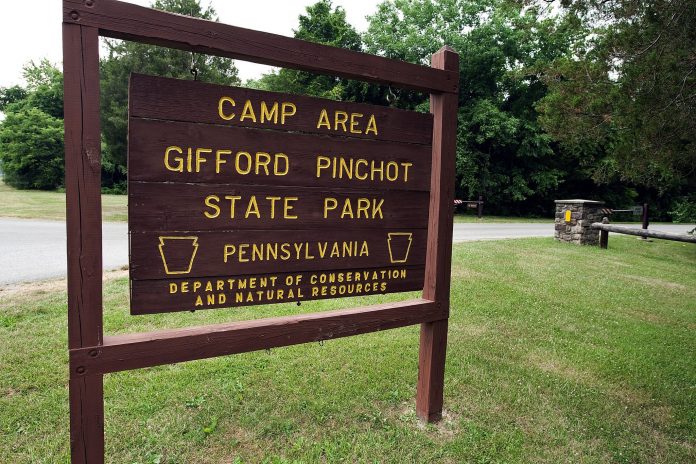 POLICE are investigating after a woman was found dead in Gifford Pinchot State Park, and Your Content has learned the victim was a Delco native.

Lauren M. Gallagher, 37, of Broomall, Delaware County, was found dead in a wooded area near campsite she had rented with an acquaintance, according to State Police.

FOX43 reports the York County Coroner, they were dispatched to the state park in the 800 block of East Camping Area Road in Warrington Township around 8:30 p.m. on June 8.

A park ranger reported finding a vehicle that had been abandoned near a campsite, police say. Gallagher and another woman had rented the site, and were scheduled to check out and clear the site by Sunday, according to police.

An autopsy has been scheduled at Lehigh Valley Hospital for 10:00 a.m. on June 10 to determine the cause of death.

Police say that if anyone has any information into the incident, they can call State Police at York at 717-428-1011.