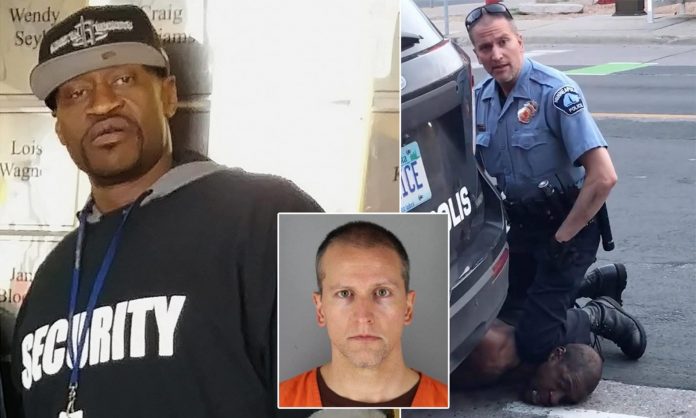 MINNEAPOLIS killer cop Derek Chauvin was ready to plead guilty to the execution of George Floyd just four days after his death, Your Content has learned.

Sources familiar with the scuttled negotiations told the network it would have been a “universal deal” that would have included state murder charges as well as federal civil rights charges.

According to the team of investigative reporters, it was those intense negotiations delayed a previously announced press conference on Thursday, May 28, by nearly two hours.

“I thought we would have another development to talk to you about, but we don’t,” said U.S. Attorney Erica MacDonald at the start of the delayed press conference in front of the FBI’s Brooklyn Center Headquarters.

In a statement, the Hennepin County Attorney’s Office confirmed the talks to the FOX 9 journalists.

“Ultimately, those negotiations failed,” Laszewski added. At the time, Chauvin was represented by Tom Kelly, who declined to comment.

How and why the deal fell apart, what was the offer on the table, and who walked away, is still unclear, FOX 9 reports.

As Your Content readers know, Minneapolis killer cop Derek Chauvin was arrested on Fri. May 26 for the execution of George Floyd.

BUT on Sunday night, May 31, Hennepin County Mike Freeman called Minnesota Attorney General Keith Ellison and asked him to join the prosecution.

“This goes all the way up to Washington,” said the individual briefed on the investigation into George Floyd’s death, who spoke to Your Content on condition of anonymity.

“Barr, at Trump’s recommendation, has asked the US Attorney’s Office’s elite team in Minneapolis on standby and ordered them to expedite the investigation as a matter of national security.”

“The President seems adamant on ending the threat against law enforcement for good by bringing everyone responsible to justice.”

The source said officials at the federal level are fed up with the racial discourse and ‘brotherhood of secrecy’ that initially slowed the investigation down.

“One officer is behaving very oddly. Anyone who invokes the Fifth Amendment is likely to get charged. Several officers have been playing the Minneapolis Police Department for years.”

“There’s been one delay after another – and the hammer is about to fall. The president is playing this somewhat close to the vest.”

“Washington said the officers’ savagery must be met with a commensurate response. A memo circulated noted: ‘Ferguson. History repeats itself and history is on our side in this fight!’”

“Barr was told to ‘take charge, take action and indict immediately,’” the insider continued. “Arrests are coming. It’s a matter of time. And the clock never ticked faster.”

On May 28, multiple law enforcement sources exclusively told Your Content that charges should be expected within the next 96 hours.

“There will be at least two arrests within the next 96 hours,” the insider said. “There is a 100 percent chance that two of the officers will be charged in that time-frame.”