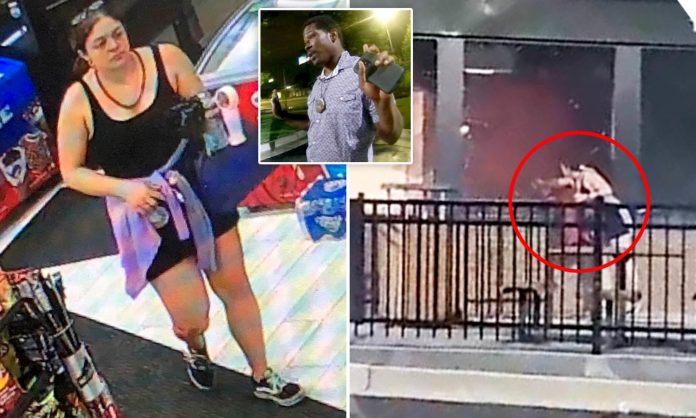 AUTHORITIES have arrested one of the white women accused of setting fire to the Wendy’s where Rayshard Brooks was shot dead on June 12, Your Content has learned.

Natalie White was taken into custody on Tuesday afternoon while Brooks’ family were grieving him at his funeral in Atlanta, Georgia.

It has not been confirmed that she is the same woman Brooks told police he’d been with on the night he died, moments before he was killed.

Brooks was married but on the night of his death, while talking to police, he told them he was at Wendy’s to pick up food for him and his ‘girlfriend’, ‘Natalie White’.

Earlier this week, police issued an arrest warrant for a woman of the same name who they said was filmed on surveillance camera setting fire to the Wendy’s after news of Brooks’ death spread.

Officials from the Fulton County Sheriffs Office hauled her in at 3:30 p.m.

Police have not revealed how they came to link the Natalie White they shared surveillance footage of over the weekend to Brooks or the arson.

Former officer Garrett Rolfe has now been charged with felony murder. Devin Brosnan, the other cop, is charged with aggravated assault for allegedly standing on Brooks’ shoulder.