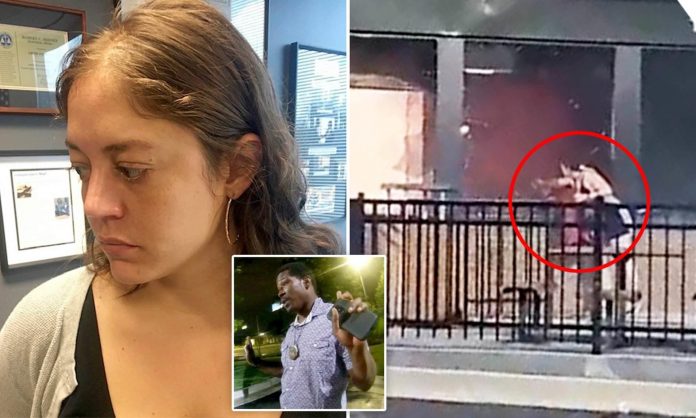 Rayshard Brooks girlfriend remains in jail after having her bond set at $10,000 on Wednesday on suspicion of setting fire to the Wendy’s where he was shot dead by cops on June 12, Your Content has learned.

As Your Content readers know, Natalie White, 29, was taken into custody in Atlanta, Georgia, on Tuesday afternoon after handing herself into the authorities.