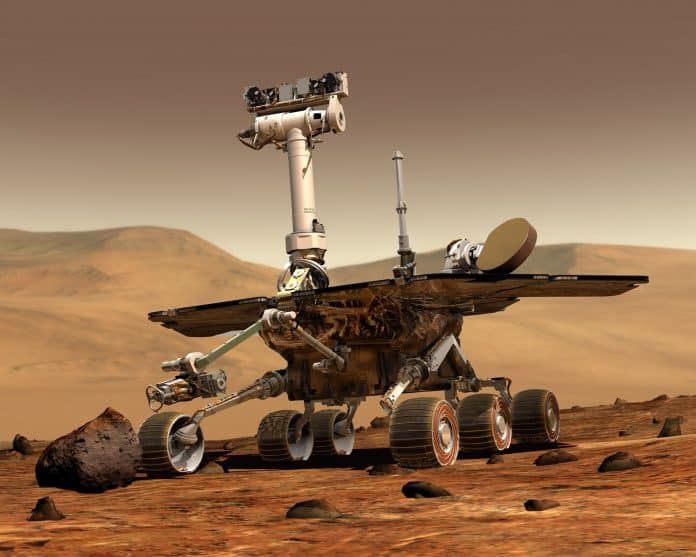 As part of NASA’s next mission to Mars this summer, the space agency will attempt to do something that has never been done before YOUR CONTENT has learned: fly a helicopter through the rarefied atmosphere of Mars according to The New York Times.

If it works, the helicopter, named Ingenuity, will open new opportunities for robotic explorers to get an aerial perspective of Mars and other worlds in the solar system. “This is very analogous to the Wright brothers moment, but on another planet,” said MiMi Aung, the project manager of the Mars helicopter at NASA’s Jet Propulsion Laboratory over the past six years.

Flying on Mars is not a trivial undertaking due to the science behind flying. There is not enough air on Mars to push against or generate lift for aircraft. At the surface of Mars, the atmosphere is just 1/100th as dense as Earth’s. The lesser gravity -1/3 of what is here on Earth helps with getting airborne. But taking off from the surface of Mars is the equivalent of flying at an altitude of 100,000 feet on Earth!

No helicopter has ever flown that high, and that’s more than twice the altitude that jetliners typically fly at. The copter will hitch a ride to the red planet with Perseverance, which is to be the fifth robotic rover NASA has sent there. The mission is scheduled to launch on July 20th, one of three missions headed to Mars this year.

At a news conference last week previewing the Perseverance mission, Jim Bridenstine, the NASA administrator, made a point to highlight Ingenuity. “I’ll tell you, the thing that has me the most excited as an NASA administrator is getting ready to watch a helicopter fly on another world,” he said.