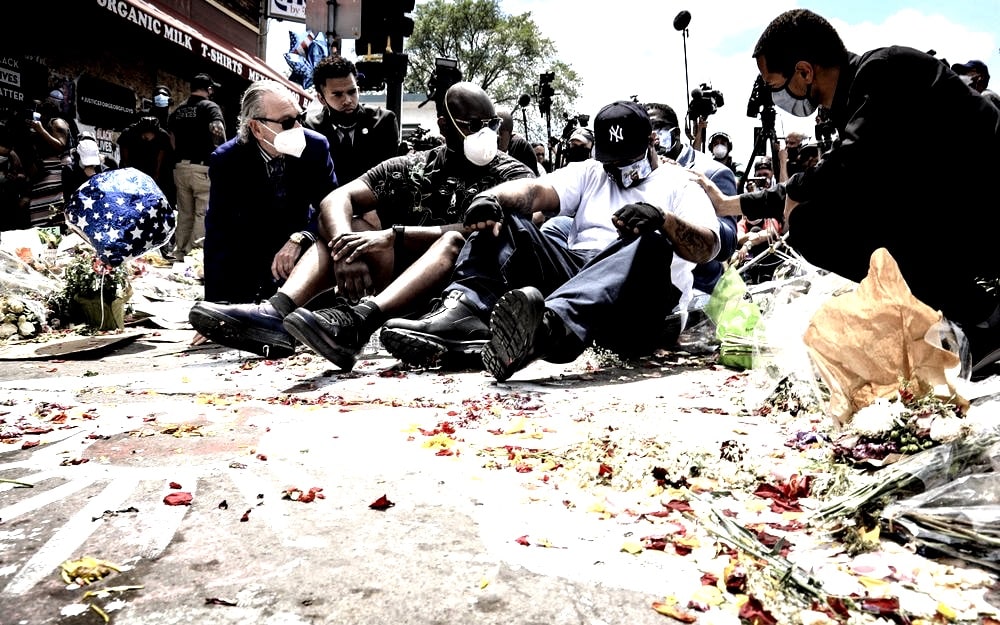 MINNEAPOLIS (AP) — The Minneapolis City Council votes Friday on a proposal to change the city charter to allow elimination of the city’s police department, a radical move supported by a majority of the council after George Floyd’s death but far from assured.

The vote is one step in a process that faces significant bureaucratic obstacles to make the November ballot, where the city’s voters would have the final say. And it comes amid a spate of recent shootings in Minnesota’s largest city that have heightened many citizens’ concerns about talk of dismantling the department.

The Minneapolis force has come under heavy pressure since Floyd, a Black man in handcuffs, died May 25 after a police officer pressed his knee on Floyd’s neck for nearly eight minutes. Activists had long accused the department of being unable to change a racist and brutal culture, and earlier this month, a majority of the council proclaimed support for dismantling the department.

Doing so would first require amending the city charter. Draft language of the amendment posted online would replace the department with a Department of Community Safety and Violence Prevention, “which will have responsibility for public safety services prioritizing a holistic, public health-oriented approach.”

The amendment goes on to say the director of the new agency would have “non-law-enforcement experience in community safety services, including but not limited to public health and/or restorative justice approaches.” It also provides for a division of licensed peace officers, who would answer to the department’s director.

Council members who support the change are looking to seize on a groundswell of support for significant policing changes following Floyd’s death. If they don’t get the charter change on the November ballot, their next chance won’t come until November 2021, they say.

“It is time to make structural change,” Council Member Steve Fletcher said. “It is time to start from scratch and reinvent what public safety looks like.”

The proposed amendment is expected to be approved Friday, but that’s just a first step. It goes then to a policy committee and to the city’s Charter Commission for formal review. The commission’s recommendation doesn’t bind the council, but it takes time.

“As I understand it, they are saying, ‘We are going to have this new department. We don’t know what it’s going to look like yet. We won’t implement this for a year, we’ll figure it out,’” Clegg said. “For myself anyway, I would prefer that we figured it out first, and then voted on it.”

Clegg said that to get the proposed amendment question on the November ballot, it has to be finalized by Aug. 21. He said if the Charter Commission took its final action at its Aug. 5 meeting, there would likely be enough time for it to get passed by the full council, go through a veto period, and then, if vetoed, have time to spare for a possible mayoral veto override. Once on the ballot, the measure would go to voters.

Mayor Jacob Frey doesn’t support abolishing the department, a stance that got him booed off the street by activists who demonstrated outside his house following Floyd’s death and demanded to know where he stood.

Frey expressed concerns about the proposed amendment as currently drafted, including whether the change would eliminate police altogether or allow for a police presence going forward. He also said that when something currently goes wrong, the chief and the mayor are accountable — but under the new plan, accountability would be dispersed among 14 people. Frey also questioned whether policing practices would vary, based on ward or other factors.

“There is a significant lack of clarity. And if I’m seeing a lack of clarity, so are our constituents,” said Frey, who has said he supports deep structural change in the existing department.

Fletcher said under the new agency when someone calls 911, there will always be a response that’s appropriate, including the option for a response by employees authorized to use force. But he said the vast majority of calls that police officers currently take will be answered by employees with different expertise.

Miski Noor, an organizer with Black Visions, criticized the proposed amendment for creating a division of licensed peace officers at all. She said it “would give current and former police way too much power to shape public safety in Minneapolis.”

“The problem that needs to be stated up front, from my perspective, is racism. … I’m not sure what they are trying to fix here,” he said.

Don Blyly, whose beloved science fiction and mystery bookstores were destroyed by arson in the unrest that followed Floyd’s death, said if local leaders do something “sufficiently stupid” when it comes to policing, he won’t reopen in Minneapolis.

“There are legitimate problems with the Minneapolis police, but the way the politicians are going about it is just ridiculous,” Blyly said. “They are pandering to a certain segment of the electorate.”

The FBI is investigating a shooting at a US Air Force helicopter that caused emergency landing in Virginia.
Read more
Breaking News

US Coalition Convoy Bombed in Iraq

Iraqi officials confirmed Tuesday that a United States coalition was hit by a bomb nearby the Taji base.
Read more
Breaking News

PRISONERS have taken over Ware State Prison in Georgia — where ‘several active shooters’ along with fatalities are reported.
Read more
Breaking News

VP Mike Pence Gets Into Car Accident in Pennsylvania

Vice President Mike Pence has crashed his bus into a dump truck in Pennsylvania, Your Content has learned.
Read more
Breaking News

Masks Are Now MANDATED in All Pennsylvania Restaurants: Gov. Wolf

After Pennsylvanians lodged a complaint with health officials from Aug. 3 through Aug. 9, restaurants are now required to mandate all customers...
Read more
Featured

The Daily News, once the largest-circulation newspaper in the country, has closed.
Read more
Breaking News

The FBI is investigating a shooting at a US Air Force helicopter that caused emergency landing in Virginia.
Read more

Masks Are Now MANDATED in All Pennsylvania Restaurants: Gov. Wolf

After Pennsylvanians lodged a complaint with health officials from Aug. 3 through Aug. 9, restaurants are now required to mandate all customers...
Read more
Featured

The Daily News, once the largest-circulation newspaper in the country, has closed.
Read more
Breaking News

The FBI is investigating a shooting at a US Air Force helicopter that caused emergency landing in Virginia.
Read more
NATIONAL NEWS

Americans are ditching their US citizenship in droves thanks to an unbearable political atmosphere.
Read more