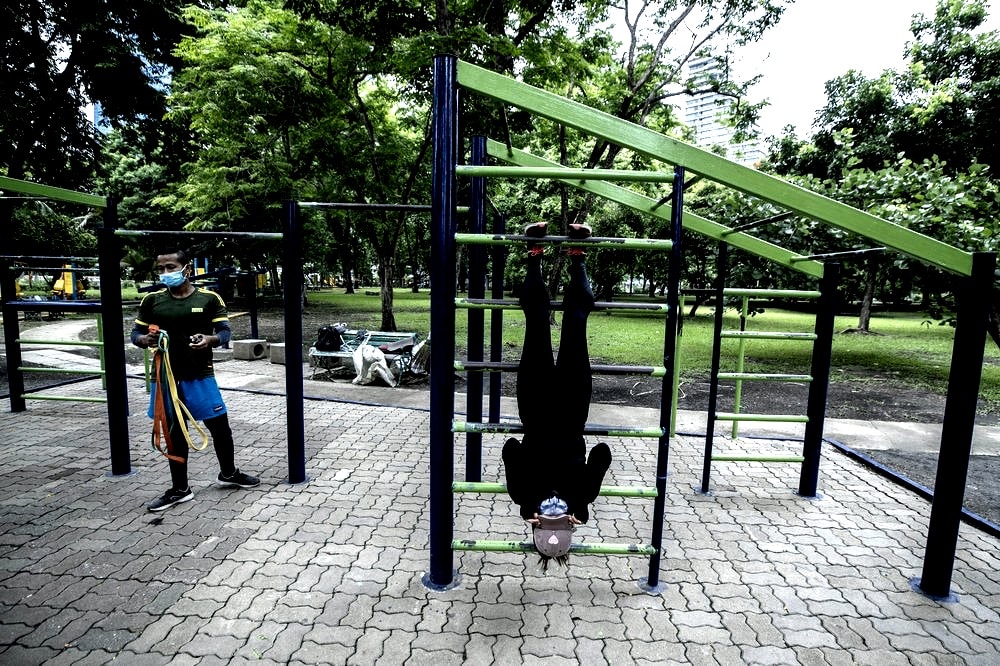 Virus taking stronger hold in US, other populated countries

SEOUL, South Korea (AP) — While China moved closer to containing a fresh outbreak in Beijing, the coronavirus took a stronger hold elsewhere, including the United States, where surging infections across southern states have highlighted the risks of reopening economies without effective treatment or vaccines.

Another record daily increase in India on Friday pushed the country’s caseload toward half a million, and other countries with big populations like Indonesia, Pakistan and Mexico grappled with large caseloads and strained health care systems.

South Africa, which accounts for about half of the infections on the African continent with 118,375, reported a record 6,579 new cases, as transmissions increase after it loosened what had been one of the world’s strictest lockdowns earlier this month.

Mexico reported some of its highest 24-hour counts so far with 6,104 new cases and 736 additional deaths, as its treasury secretary began isolating at home after a positive test.

In China, where the pandemic originated in December, authorities have mobilized resources for mass testing and locked down parts of Beijing this month due to an outbreak that has infected 260 people. The 11 new cases reported in the capital Friday continued a downward trend that suggests transmissions have been largely brought under control.

The United States, which counts the most infections in the world, is seeing daily jumps in COVID-19 cases nearing the peak reached in late April.

Arizona’s 3,056 additional infections reported Thursday was the fourth day in a week with a increase over 3,000. Transmissions have spiked following Republican Gov. Doug Ducey’s decision to lift stay-home restrictions in May.

Twenty-three percent of tests conducted in the state over the past seven days have been positive, nearly triple the national average, and a record 415 patients were on ventilators.

The numbers “continue to go in the wrong direction,” said Ducey, who confirmed that the state has postponed further efforts to reopen.

He pushed back against reporters’ questions about his position on the use of masks and his attendance at President Donald Trump’s indoor campaign event this week at a Phoenix church. Many of the 3,000 people who attended did not wear face coverings.

After making one of the most aggressive pushes in the nation to reopen, Republican Gov. Greg Abbott of Texas has put off lifting any more restrictions and reimposed a ban on elective surgeries in some places to preserve hospital space.

The United States reported 34,500 COVID-19 cases Wednesday, slightly fewer than the day before but still near the high of 36,400 reached April 24, according to a count kept by Johns Hopkins University.

Deaths tolls have dropped even as the number of infections have increased, possibly reflecting better medical treatments and better efforts to prevent infections among the most vulnerable, like nursing home residents. A rising proportion of cases in the U.S. is among younger people, who are more likely than their elders to survive a bout with COVID-19.

“This is still serious,” said Dr. Robert Redfield, director of the Centers for Disease Control and Prevention, but “we’re in a different situation today than we were in March or April.”

India, which has the world’s second-largest population, has seen regular record daily increases. The 24-hour spike of 17,296 new infections reported Friday raised the national caseload past 490,000, including 15,301 fatalities. Indian Railways delayed the resumption of regular train services by more than a month, until Aug. 12.

In India and in neighboring Pakistan, government leaders have resisted new restrictions, citing economic concerns. The world’s fourth-most populous country, Indonesia, passed 50,000 confirmed cases on Thursday, with at least 2,620 deaths, the highest number of cases and fatalities in Southeast Asia. That’s up from just two positive cases in early March.

President Joko Widodo said his administration wants Indonesia’s economy back on track but safe from the virus, and started the country’s reopening earlier this month. The government says the pandemic is expected to raise the nation’s poverty rate to 10.2%.

A comeback of the virus is also erasing hard-won gains in South Korea, which reported 39 newly confirmed cases on Friday, mostly from the densely populated capital area that had escaped the worst of the country’s outbreak in February and March. There’s criticism that authorities, concerned about a fragile economy, were too quick to ease social distancing guidelines and reopen schools starting in May.

Australia on Friday reported 37 new cases of the coronavirus, including 30 in Victoria state, where health authorities are scrambling to contain an outbreak. Authorities said they tested 20,000 people in Melbourne suburbs as they went door-to-door in their attempts to stamp out the virus.

In Europe, the official in charge of Spain’s response to COVID-19 says imported infections are a growing source of concern as the continent readies to welcome more visitors.

Epidemiologist Fernando Simón said Thursday that 54 people who had contracted the disease in the past week have been linked to recently arrived visitors in Spain. He suggested that controls should be strict and that regional and local governments should be ready to apply localized isolation to avoid spreading the disease.

In Britain, Health Secretary Matt Hancock warned that the government has the power to close beaches and other public spaces amid growing concerns over the public’s adherence to social distancing rules.

There were also concerns surrounding jubilant Liverpool fans gathering outside the soccer club’s stadium to celebrate the team’s first league title in 30 years.

In Germany, Westfleisch, one of the country’s biggest meat processing companies, said Friday it plans to perform daily coronavirus tests on all 5,000 workers involved in the production process amid concerns about a series of outbreaks at slaughterhouses.

Pennsylvanians over the age of eleven will have to prove they tested negative for...
Read more
CORONAVIRUS

Jeremih ‘On a Ventilator Battling COVID-19 in ICU’

Jeremih is ‘on a ventilator battling COVID-19 in the ICU’ as 50 Cent and Chance the Rapper ask fans to pray for his health.
Read more
CORONAVIRUS

The United States will undergo an unprecedented lockdown to slow the inevitable spread of...
Read more