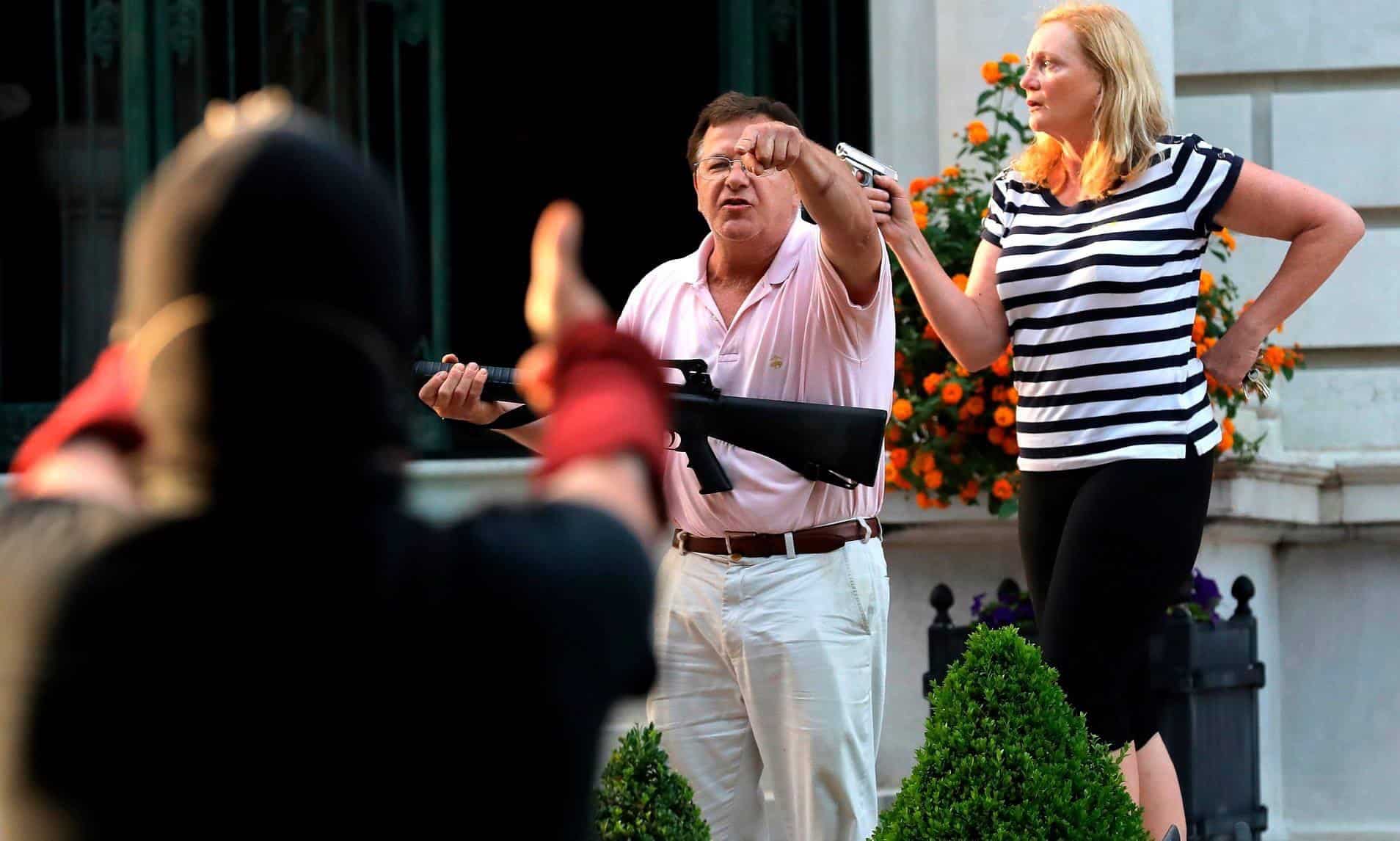 Mark McCloskey, 63, and his wife Patricia McCloskey, 61, were seen in multiple videos and photos on Sunday evening touting an AR-15 rifle and a handgun as protesters marched — and Your Content has learned the two face criminal charges.

The couple claimed they ‘feared for our lives’ after the protesters allegedly broke down the gate into their private community and threatened them.

Authorities announced Monday evening, however, that the lawyers are also being probed by police and prosecutors for possible threats against the crowd.

“I am alarmed at the events that occurred over the weekend, where peaceful protesters were met by guns and a violent assault,” St. Louis Prosecutor Kimberly Gardner said in a video statement Monday evening.

“We must protect the right to peacefully protest, and any attempt to chill it through intimidation or threat of deadly force will not be tolerated,” she insisted.

“Since learning of these events over this weekend, I’ve worked with the public and the police to investigate these tragic events.

“Make no mistake, the circuit attorney’s office we will not tolerate the use of force against those exercising their First Amendment rights, and will use the full power of Missouri law to hold people accountable,” Gardner warned.

The duo’s lawyer, Albert Watkins, said on Monday that the couple are long-time civil rights advocates and support the message of the Black Lives Matter movement.

“Their actions were borne solely of fear and apprehension, the genesis of which was not race-related. In fact, the agitators responsible for the trepidation were white,” Watkins said in a statement.

“The peaceful protesters were not the subject of scorn or disdain by the McCloskeys. To the contrary, they were expecting and supportive of the message of the protesters.”

“The most important thing for them is that their images (holding the guns) don’t become the basis for a rallying cry for people who oppose the Black Lives Matter message,” he added.

“They want to make it really clear that they believe the Black Lives Matter message is important.”

The pair are both personal injury lawyers and run McCloskey Law Center from inside their extravagant home. The company’s website was taken offline on Monday afternoon.

They added that they are still investigating but labeled it a case of trespassing and assault by intimidation against the couple by protesters in the racially diverse crowd.