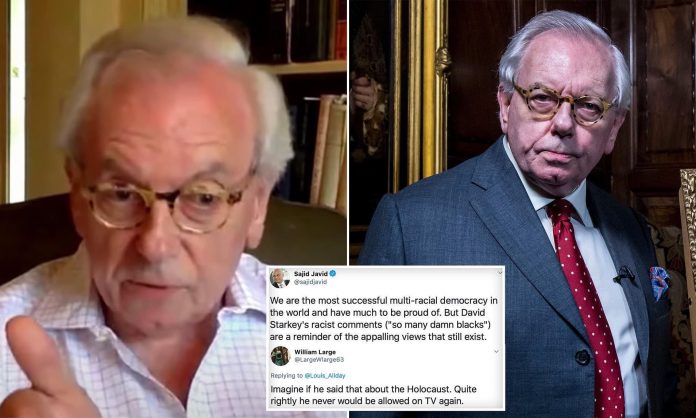 HISTORIAN David Starkey could lose his University of Cambridge fellowship after he claimed ‘slavery was not genocide’ because ‘so many damn blacks live in Africa and Britain,’ Your Content can report.

Dr Starkey, 75, was accused of being a staunch racist following an interview with BeLeave founder Darren Grimes, during which he argued the Black Lives Matter (BLM) movement is “wholly and entirely a product of white colonization.”

The racist added: “What has happened of course is that the only reason that these young black protestors are here – isn’t it slavery?

“It’s only because of the great African diaspora, the compulsory diaspora, because of slavery. What of course that brings you up to confronting is of course slavery was not the equivalent of the Holocaust.

“Slavery was not genocide, otherwise there wouldn’t be so many damn blacks in Africa or in Britain, would there? An awful lot of them survived.

In a statement, the school said: “Fitzwilliam College does not tolerate racism.

“We support and promote freedom of speech in our academic community, but we have zero tolerance of racism. Dr David Starkey’s recent comments on slavery are indefensible.

“Fitzwilliam was founded upon values of fairness and mutual respect and we are proud of the College’s inclusive and diverse membership.

“The matter of Dr Starkey’s Honorary Fellowship will be considered by the Governing Body at its meeting next Wednesday.”