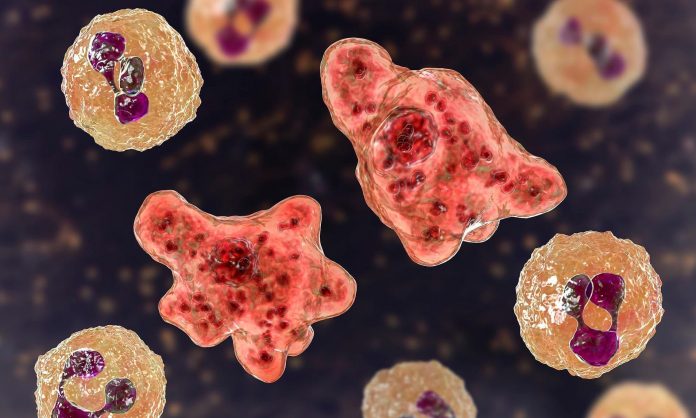 A FLORIDIAN is infected with a rare and usually deadly brain-eating amoeba, health officials told Your Content late Sunday night.

According to the Department of Health, the patient contracted Naegleria fowleri in Hillsborough County.

Naegleria fowleri is a microscopic single-celled living amoeba, the department said in a statement on Friday.

The amoeba can cause a rare infection of the brain called primary amebic meningoencephalitis (PAM) that destroys brain tissue and is usually fatal.

According to health officials, the amoeba is commonly found in warm freshwater such as lakes, rivers, ponds and canals.

Infections can happen when contaminated water enters the body through the nose.

“It is essential to seek medical attention right away, as the disease progresses rapidly after the start of symptoms,” the health department said.

Officials said this type of infection usually occurs when temperatures increase for prolonged periods of time. The peak season for this amoeba is July, August and September.

While the amoeba is found in many freshwater lakes, ponds and rivers, health officials said it is more common in southern states.

Health officials also listed recommendations for residents who have plans to swim in bodies of freshwater.

“Hold the nose shut or use nose clips when taking part in water-related activities in bodies of warm freshwater such as lakes, rivers, or hot springs,” officials said.

Lastly, people should avoid “digging in or stirring up the sediment while taking part in water-related activities in shallow, warm freshwater areas.”