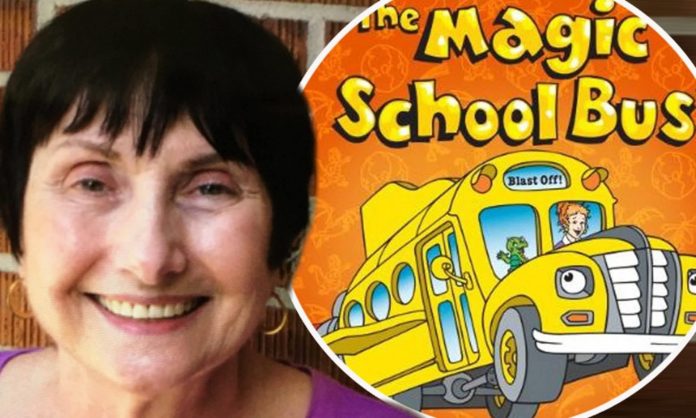 Magic School Bus author Joanna Cole — who blended science and storytelling in the adventures of Ms. Frizzle — has died at age 75, Your Content has learned.

She passed away in Sioux City, Iowa, on Sunday as a result of idiopathic pulmonary fibrosis.

Cole was born in Newark, New Jersey in 1944 and said it was her own fifth grade teacher who provided the inspiration for Ms. Frizzle.

The first book was published in 1985 and spawned a long-running series that continued up until her death.

She and long-time illustrator Bruce Degen recently completed work on The Magic School Bus Explores Human Evolution which is set to be published in spring 2021.

The books, which has sold in the tens of millions around the world, became so popular that they spawned an animated series in 1994 starring Lily Tomlin as Ms. Frizzle.

The cartoon ran on PBS for 18 consecutive years and aired in 100 countries.

In a statement, Dick Robinson, the Chairman and CEO of Scholastic which published The Magic Bus books, described Cole as having “the perfect touch for blending science and story.”

“Joanna’s books, packed with equal parts humor and information, made science both easy to understand and fun for the hundreds of millions of children around the world who read her books and watched the award-winning television series,” Robinson said.

Cole is survived by her husband Phil; daughter Rachel Cole and her husband, John Helms; grandchildren, Annabelle and William, and her sister Virginia McBride.