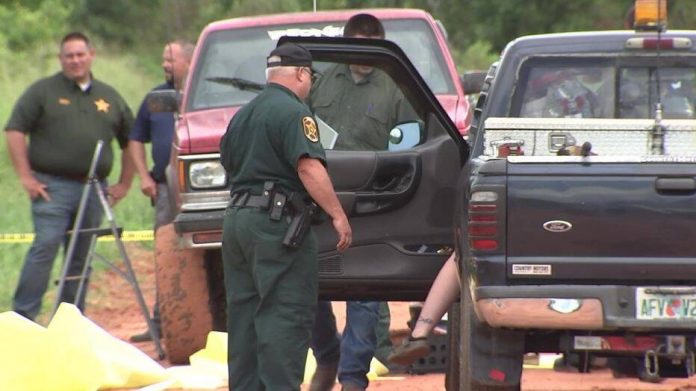 AUTHORITIES are offering a $30,000 reward to anyone who can provide information leading to the arrest of the person or persons who executed three Floridian fishermen, Your Content has learned.

According to local news reports, the Polk County Sheriff’s Office has partnered with several agencies to offer the reward — which was upped from $5,000 yesterday.

Dottie Payton, mother of Brandon Rollins, told Your Content she’s ‘heartbroken’ over the murder of her son, noting detectives haven’t called her in ‘days.’

“My heart is broken,” mother of Brandon Rollins, Dottie Paton, told Your Content in an exclusive interview. “Police said they’d have answers in a couple days, but we haven’t heard anything yet.

“Our safety is in jeopardy as well. Who’s to say that they’re not going to come get us too?” the terrified mother revealed.

According to a friend close to the Springfield family … there was an all-out brawl Friday morning prior to the murder … involving a gun.

“The father pointed a gun at Kevin Springfield and told him never to come back home again.”

According to local authorities, the three were to show up in two separate vehicles.

“He was murdered. It appears that while the suspects were in the process of killing Damion when Brandon and Kevin showed up in a white pickup truck. They were shot up. They were ultimately murdered.”

Police say the dad got back into his car and drove to the closest convenience store to call for help.

“What the murderers didn’t also count on is Brandon had the opportunity to talk to his dad before he died.”

The source noted police aren’t ruling out any possibilities or suspects as they continue their massive manhunt for information.

“You don’t just stumble upon somebody out here. This is a dirt road, a clay dirt road, way out in the middle of what we call God’s country, on the way to a nice little fishing lake. It’s not like there’s a lot of people around here. As you can see, it’s cow pastures and lakes,” he said.

Police are now seeking the public’s assistance in gathering information to capture the perpetrators behind the heinous ‘massacre.’

If anyone has information, they are urged to contact Heartland Crime Stoppers at 1-800-226-8477 or www.heartlandcrimestoppers.com. Police guarantee anonymity.