Kanye: Kim and Kardashian Momager ‘Tried to Lock Me Up’ and Demands She Call Him
K 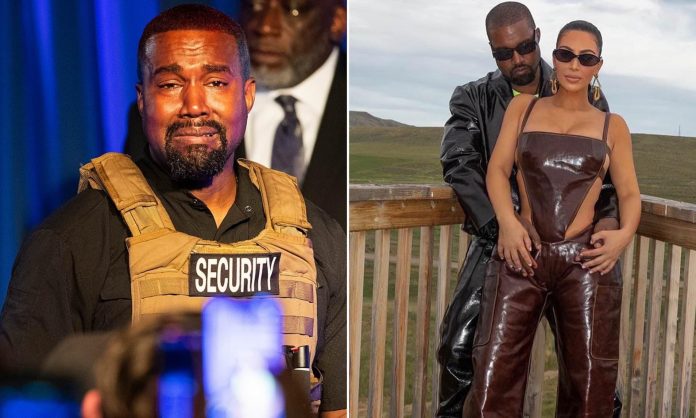 KIM KARDASHIAN is avoiding her husband — rapper and former presidential candidate Kanye West — after he claimed his own wife and the Kardashian momager ‘tried to lock me up’ on a crazy Twitter rant, Your Content can report.

“’Kriss [sic] don’t play with me you and that calmye are not allowed around my children Ya’ll tried to lock me up,” one of West’s first tweets read, apparently addressing Kardashian’s mother, Kris Kardashian.

Seconds later, he tweeted: “Everybody knows the movie get out is about me.”

The film West refers to — Get Out — is a horror film about a young African-American man who uncovers a disturbing secret when he meets the family of his white girlfriend.

At first the main character Chris reads the family’s overly accommodating behavior as nervous attempts to deal with their daughter’s interracial relationship, but as the weekend progresses, a series of increasingly disturbing discoveries lead him to a disturbing truth.

Kanye — comparing himself to the main character — alleges Kris pressured him into a hypnotherapy session to cure his smoking addiction.

A few minutes – and several tweets later – West wrote, “Kim tried to bring a doctor to lock me up with a doctor’ and demanded ‘Kriss [sic] and Kim call me now.”

West believes that the Kardashian family is possessed, with the exception of his children who he declared Kris is not welcome to see.

He followed up the latter tweet with a screengrab of an apparent text message he sent to Kris Kardashian stating: “This Ye. You ready to talk now. Or are you still avoiding my calls.”

Among the surprising statements West made during the rally Sunday, was that after Kardashian called him ‘crying’ that she was pregnant, “We talked about her not having this child. She had the pills in her hand! I almost killed my daughter!”

He also noted that while he was considering what to do about the pregnancy, he received what he interpreted as a sign from God while he was working on his laptop in Paris.

“My screen went black and white. And God said, if you f**k with my vision I f**k with yours,” West yelled during the rally. “And I called my girlfriend and said we’re going to have this child.”