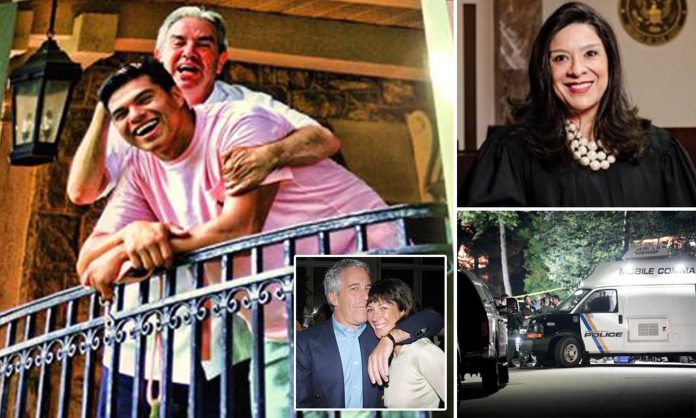 A FEDERAL judge’s son, 20, was shot dead and her criminal defense attorney husband is critically injured after a gunman disguised as a FedEx driver ambushed their home — four days after she was assigned a case linked to Jeffrey Epstein — Your Content can report.

The suspect, who resides in New Jersey, and his own life in New York’s Catskills has been identified as lawyer and men’s rights activist Roy Den Hollander, federal sources told the Post.

The assailant opened fire after Daniel, a college student, opened the door to him at their home at around 5 p.m.

His father Mark was shot several times at the front door and is now in critical condition in the hospital.

Judge Salas is said to have been in the basement during the shooting and was not harmed.

Investors say they were misled by the bank which continued to do business with Jeffrey Epstein after his 2008 conviction for soliciting child prostitutes.

Salas previously presided over the trial of former Real Housewife Teresa Giudice in a case regarding financial fraud.

Her husband is a prominent criminal defense attorney who has represented members of the Bloods.

He switched to private practice after serving as a prosecutor in New Jersey for more than 10 years.

Friends say Salas frequently made remarks about being a target because of her job and receiving threats.