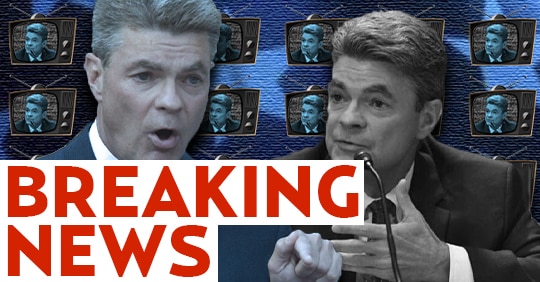 A PAIR OF PATHETIC parents are behind bars after prosecutors say the two inflicted serious abuse on their twin infant daughters, Your Content is first to reveal.

Delaware County District Attorney Jack Stollsteimer announced the arrest of David Nelson, 42, and Colette Benel, 41, both of Wallingford, each on two counts of felony child abuse inflicted on their twin infant daughters.

Investigators determined that the three- month-old twins had each suffered fractured bones inflicted by the defendants.

“Injuries to children are always heartbreaking – but to three-month old infants, such injuries at the hands of their parents are unconscionable,” said Stollsteimer. “Infants are utterly defenseless – which is why it is so important that we stepped in to protect them.”

On May 2, 2020, the Nether Providence Police Department was contacted by the Delaware County’s Department of Children and Youth Services after being alerted to the suspected child abuse by the team at the Alfred I Dupont Children’s Hospital.

According to prosecutors, one of the infants arrived at the hospital by ambulance on May 5 as a result of a pediatrician’s concern over a rapidly spreading rash.

On May 7, the parents were directed by the team at Dupont Hospital to bring the infant’s twin sister to the hospital for examination. No signs of abuse were found.

On May 11, accompanied by counsel, the parents were interviewed at the Office of the District Attorney. The parents stated that they had no knowledge of any inappropriate handling of the either infant by themselves, or by anyone else.

On May 21, during a follow-up visit to Dupont Hospital, a skeletal survey was completed on both twins. CID Detective Michael Palmer was advised by the examining doctor that the survey revealed that the twin that had previously shown no sign of injury now showed signs of three healing rib fractures. The doctor stated that the rib fractures were similar to those on the original victim twin, and were approximately seven to ten days old.
On July 21, 2020, the parents, David Nelson and Colette Benel, turned themselves in at the Media Courthouse with their attorney.

The parents were arraigned by District Justice Robert Burke and bail was set at $50,000 cash. Both parents were subsequently committed to George Hill Correctional Facility after failing to post bail.

District Attorney Stollsteimer concluding by adding, “I want to thank the hardworking members of my staff, the staff at Children and Youth Services, Sgt. Robin Clark, Det. Michael Palmer, and Special Victims Unit Chief Christopher Boggs. This case is a stark reminder of the important work that our professionals continue to provide, even as we continue to manage the challenges presented by the COVID-19 pandemic.”