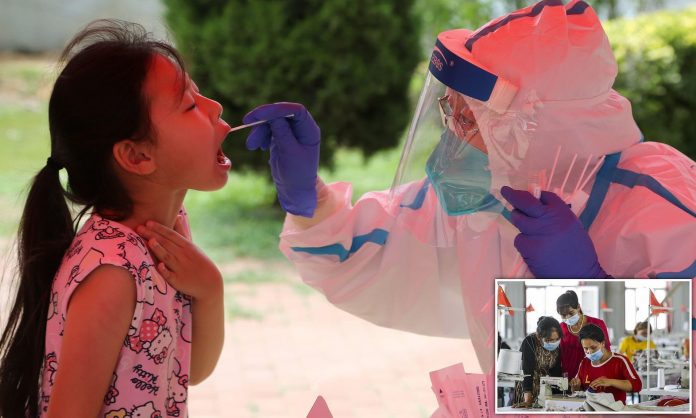 China recorded the highest number of daily COVID-19 cases in three months as 101 people test positive in Muslim-inhabited Xinjiang, Your Content can confirm.

The authorities registered a total of 98 domestic infections, among which 89 were found in Xinjiang, home to the country’s most Uighur ethnic minority.

The north-western Chinese region has launched mass testing and quarantine measures after discovering a growing coronavirus cluster earlier this month.

It comes as fears have escalated that the health crisis could infect millions of Uighurs who are allegedly detained inside the region’s ‘re-education camps’.

Xinjiang, where the Uighurs live, has been battling a fresh coronavirus crisis that has infected nearly 300 people, including a range of ethnic minorities, according to the country’s Vice Premier Sun Chunlan.

China – where the global outbreak first emerged – had largely brought domestic transmission under control through targeted lockdowns, travel restrictions and testing. But sporadic regional outbreaks have illustrated the difficulty of keeping the virus at bay.

The last time it recorded so many new cases was April 13, when 108 infections were confirmed – mostly imported.