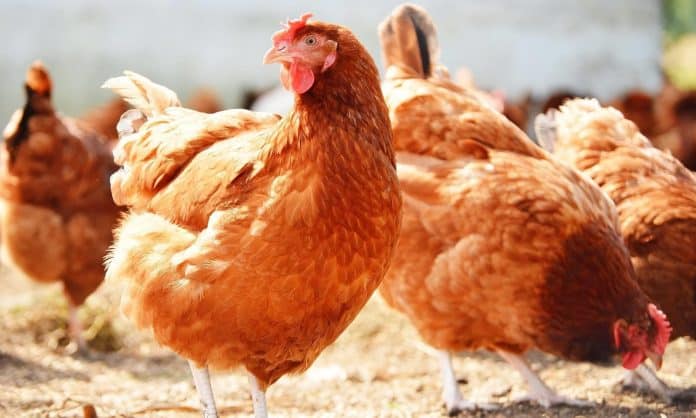 A woman found in her garden clucking like a chicken could actually have been suffering from a mental health disorder linked to depression, scientists say.

The married 54-year-old, whose name was not revealed, had a stable job in a pharmacy in Belgium and no history of drug or alcohol abuse before the sudden episode.

Her brother found her in her garden blowing out her cheeks and crowing like a rooster before he decided to take her to hospital, according to a report.

While there she told doctors she thought she was a chicken and described feeling a new sensation in her legs.

It was only when she suffered a seizure that she appeared to snap out of it.

After the seizure she had little memory of acting like a chicken and was embarrassed when her family told her what had happened.

The woman, who had been suffering from depression since the death of a family member, managed to return to her job a year later.

Such cases of zoanthropy, where a person believed they are an animal, have gone under-reported, said researchers from KU Leuven, a university in the Flemish city, writing in the Tijdschrift voor Psychiatrie medical journal.

Scientists said patients find it difficult to explain their thoughts.

There have been 56 examples of the illness in medical and historical literature between 1850 and 2012 and patients have described thinking they are a dog, lion, tiger, hyena, shark, crocodile, frog, bovine, cat, goose, rhinoceros, rabbit, horse, snake, bird, wild boar, gerbil and a bee.

The condition has been linked to underlying psychiatric disorders such as schizophrenia, psychotic depression and bipolar mood disorder.

Symptoms can typically last from one hour to several decades with delusions more common in rural and non-industrial areas.

‘Clinical zoanthropy, or the conviction of having turned into an animal, is a rare delusion,’ researchers wrote.

‘There are different views about its pathogenesis. This delusion can occur with an underlying psychiatric disorder, but it can also be secondary to structural or functional disorders of the brain.’