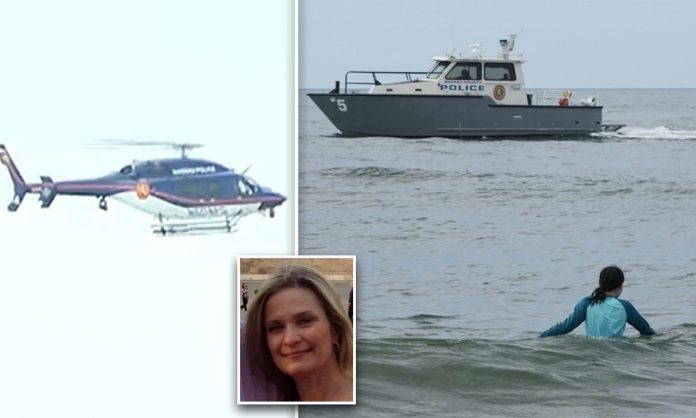 POLICE are on the hunt for killer sharks in Maine and Long Island — using helicopters and boats to patrol the beaches for great whites following a fatal attack as experts warn the predators are becoming more common after protection laws led to boom in seal population, Your Content has learned.

Beaches have been shut down in Long Island, and in Maine swimmers are warned to not venture beyond waist-deep water following sightings of sharks.

Marine experts believe the spike in shark sightings may be because of growing seal populations and the fact that both species are protected by law.

There have been 13 shark attacks in 2020 alone, two of them fatal. The first fatality was in California and the second in Maine on Monday, marking the first deadly shark attack in the state’s history.

There have been several shark sightings on Long Island including in the area’s two most popular beaches.

Those sightings were believed to be of bull sharks, which are known to like warm, shallow water and are extremely aggressive and scavenge for food, marine experts say.

Nassau County has had police helicopter and boat patrols surveying for the predators lurking under the water since Monday.

Yet another a shark sighting was reported Wednesday off the coast on Nickerson Beach which prompted the closure of swimming access at all ocean beaches in Nassau Counter, Town of Hempstead and Long Beach, according to the Long Island Press.

Curran warned Long Island citizens to stay close to the shore, for beachgoers to swim in groups and avoid wearing shiny jewelry which sharks can mistake for the scales of a fish and to avoid swimming when bleeding.