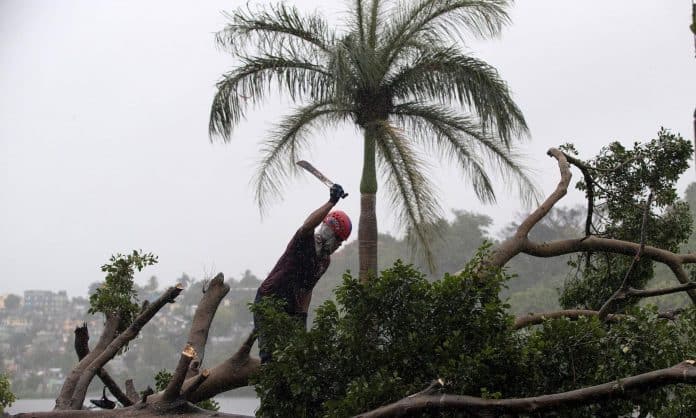 Tropical Storm Isaias is forecast to strengthen into a Hurricane on Friday as the vicious storm edges closer to South Florida, Your Content has learned.

As of Thursday evening the storm was swirling with maximum sustained winds of 60mph over the Dominican Republic headed northwest at 20 mph.

The National Hurricane Center announced Thursday evening the storm will escalate into a hurricane by Friday or Friday evening and is forecast to move near South Florida on Saturday.

The storm unleashed small landslides and caused widespread flooding and power outages on Puerto Rico, still recovering from previous hurricanes and earthquakes, the the Dominican Republic on Thursday.

The news of the storm’s approach and threat of turning into a hurricane led Flordida to close state-supported COVID-19 testing sites on Thursday at 5pm local time ‘to keep indiviudals operating and attending the sites safe.’

The testing sites will remain closed until it is safe to reopen though officials anticipate all sites to be back open and running by August 5 at 8am at the latest.