VP Mike Pence Gets Into Car Accident in Pennsylvania
V 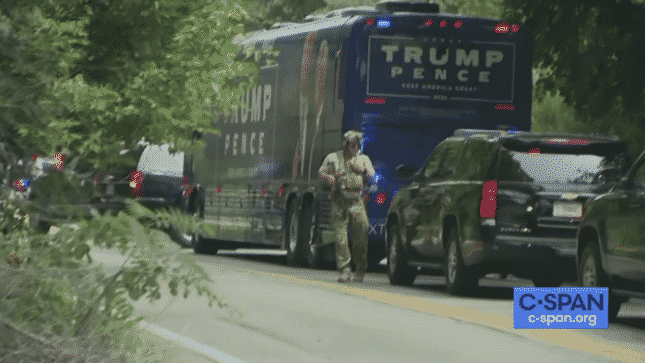 Vice President Mike Pence has crashed his bus into a dump truck in Pennsylvania, Your Content has learned.

With Pence aboard, the Trump 2020 campaign bus collided with a dump truck around 11 a.m. in Allegheny County, according to journalists in the accompanying press pool.

Following the minor fender-bender, the 61-year-old veep resumed the journey in a limo in the motorcade — only for a pair of motorcycles in the security detail to go down just after 11:15 a.m, according to the New York Post.

An ambulance was spotted on the scene of the second accident, but it appeared the riders were only undergoing a precautionary evaluation.

Pence is in Pennsylvania on Thursday where he will deliver remarks at a “Cops for Trump” in Greensburg event to highlight support for the president among law enforcement. The vice president will deliver an economic speech in Somerset later in the day at a chemical company before returning to Washington, D.C.