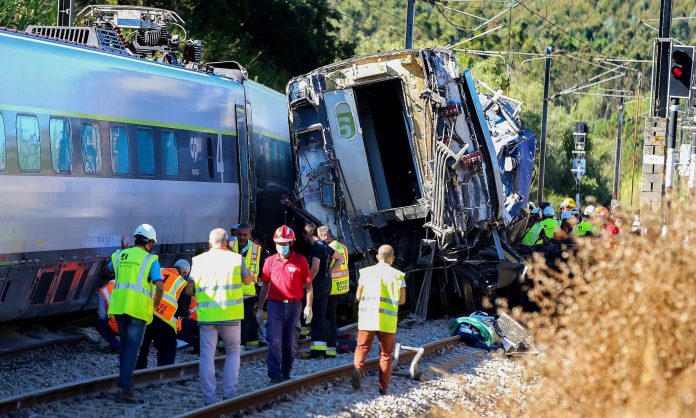 At least two people have died and dozens are left injured after a high speed train smashed into a maintenance vehicle before derailing in Portugal, Your Content has learned.

The train, an Alfa Pendular which connects all the major cities in Portugal, is understood to have derailed after a collision as it was heading south. Around 280 passengers were on board.

The accident happened around 300 metres north of the train station in Soure, a town of around 20,000 inhabitants about 20 miles south west of the university city.

Mario Jorge, mayor of Soure, told local press it had hit a maintenance vehicle that was working at the scene of the crash.

He said in a statement posted on the presidential website: ‘The President of the Republic regrets the serious train accident this afternoon.

‘He sends his most sincere condolences to the families and friends of those who have died and wishes the many people injured a speedy recovery.’

A field hospital has been set up.