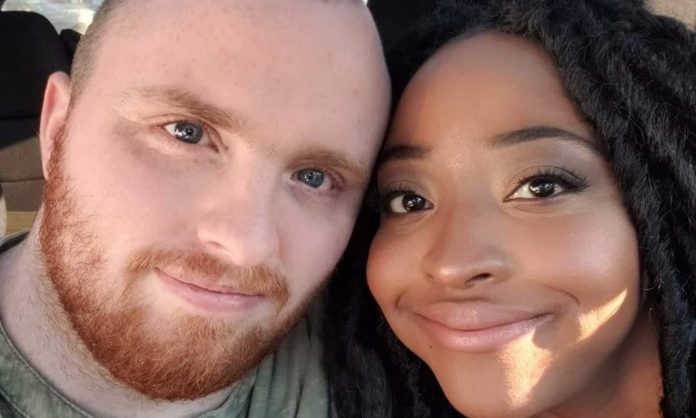 A black driver demanded white Black Lives Matter protesters to stop blocking the road in Austin so he can go to go to work to provide for his kids, Your Content can report.

The footage, captured around 11:30 Saturday night, shows the man stepping out of his vehicle on the I-35 and confronting the activists who are refusing to let traffic pass.

‘I’ve got bills! I’ve got kids! Get the f**k out of my way!’ he continues shouting before he makes his way back to his pick-up truck.

His words clearly had affect on the group, who are then seen meekly stepping to the sides of the road in order to let his car through.

‘A father, whose kid’s lives matter enough to him to confront the crowd on the way to his job to put food on the table. Respect!’ one wrote.

The incident came on the tail end of a tense night in Austin, where heavily armed rival groups faced off against one another a week on from the shooting death of BLM supporter Garrett Foster.

Early in the evening, a group of gun-toting men were seen protecting left-wing demonstrators at a makeshift memorial set up for Garrett Foster.

Shocking video shared to social media showed dozens of armed people walking around the streets of Austin before sundown.

‘We are bringing in the necessary staff, and have partnered with other local law enforcement agencies as we have done throughout the past few months, to allow for those peacefully and lawfully practicing their first amendment rights while also working to prevent any violence or destruction of property,’ a statement from the Department read.

Meanwhile, police also issued a warning to locals living in the downtown area to be ‘on guard’ amid rumors activists could break into high-rise residential buildings and stage rallies from rooftops.

There were reports on social media that some protesters may attempt to reach the roofs of buildings to protect BLM supporters by acting as ‘snipers’.

However, police deployed heavy-handed tactics to keep the situation from spiraling out of control.