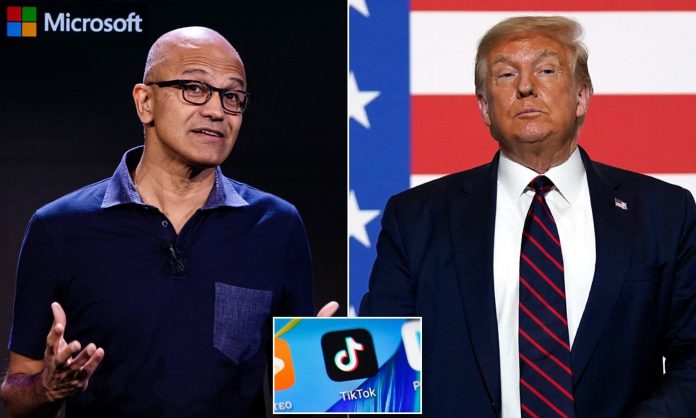 Microsoft says it is ‘prepared to explore purchase of TikTok’ in the United States after its CEO spoke to Donald Trump following his threat to ban the app, Your Content can report.

The Wall Street Journal reports an agreement could include operations in Canada, New Zealand and Australia.

In a statement Sunday Microsoft said: “Following a conversation between Microsoft CEO Satya Nadella and President Donald J. Trump, Microsoft is prepared to continue discussions to explore a purchase of TikTok in the United States.

“Microsoft fully appreciates the importance of addressing the President’s concerns. It is committed to acquiring TikTok subject to a complete security review and providing proper economic benefits to the United States, including the United States Treasury.”

Secretary of State Mike Pompeo said on Sunday that the president will take action shortly on Chinese software companies that are feeding data directly to the Beijing government, posing a risk to U.S. national security.

“President Trump has said ‘enough’ and we’re going to fix it and so he will take action in the coming days with respect to a broad array of national security risks that are presented by software connected to the Chinese Communist Party,” Pompeo said on Fox News Channel’s ‘Sunday Morning Futures.’

The U.S. general manager of TikTok, Vanessa Pappas, said Saturday: “We’re not planning on going anywhere. When it comes to safety and security we’re building the safest app because it’s the right thing to do.”

“We are so proud of all the various communities who call TikTok home,’ Pappas said, urging the app’s millions of users to ‘stand for TikTok.”