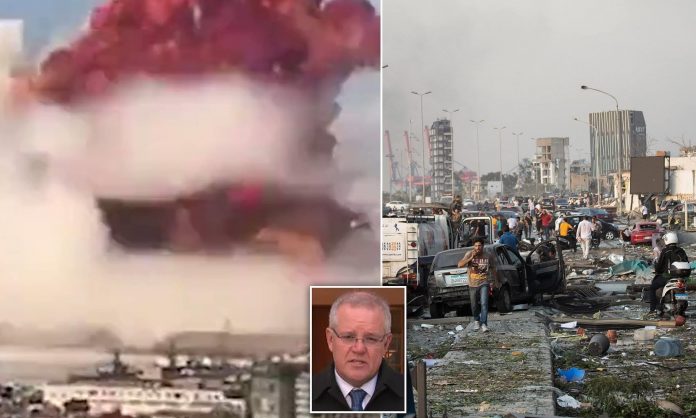 President Donald Trump called the deadly Beirut explosions a ‘terrible attack’ and said the United States military is ready to assist Lebanon, Your Content has learned.

The news comes after a series of massive explosions in the Lebanese capital’s port area rocked the city earlier today, killing at least 70 people and injuring more than 3,000 others.

“The United States stands ready to assist Lebanon,” Trump said at a White House briefing. “We will be there to help. It looks like a terrible attack.”