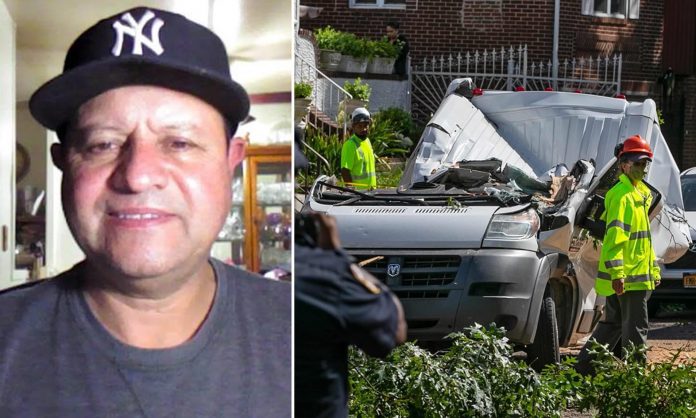 An elderly New York man was crushed to death by a tree as he sat in his car during Tropical Storm Isaias that killed a total of six as it wreaked havoc up the East Coast, Your Content can tragically report.

Mario Siles was killed in Queens Tuesday afternoon as strong winds from the storm entered the city.

He was found inside a 2014 Dodge van ‘with trauma about the head and body’, New York police said. Siles was pronounced dead at the scene.

Tropical Storm Isaias knocked out power to more than 3 million homes and businesses from New York to North Carolina, according to electric companies.

Strong winds from Tropical Storm Isaias caused the tree to topple onto his van.

One person was killed in Maryland after a massive tree fell onto the victim’s car.

An 83-year-old woman was found dead under a branch in a pond in Delaware.

In Pennsylvania, a woman, 44, was killed after flood waters swept her car away.